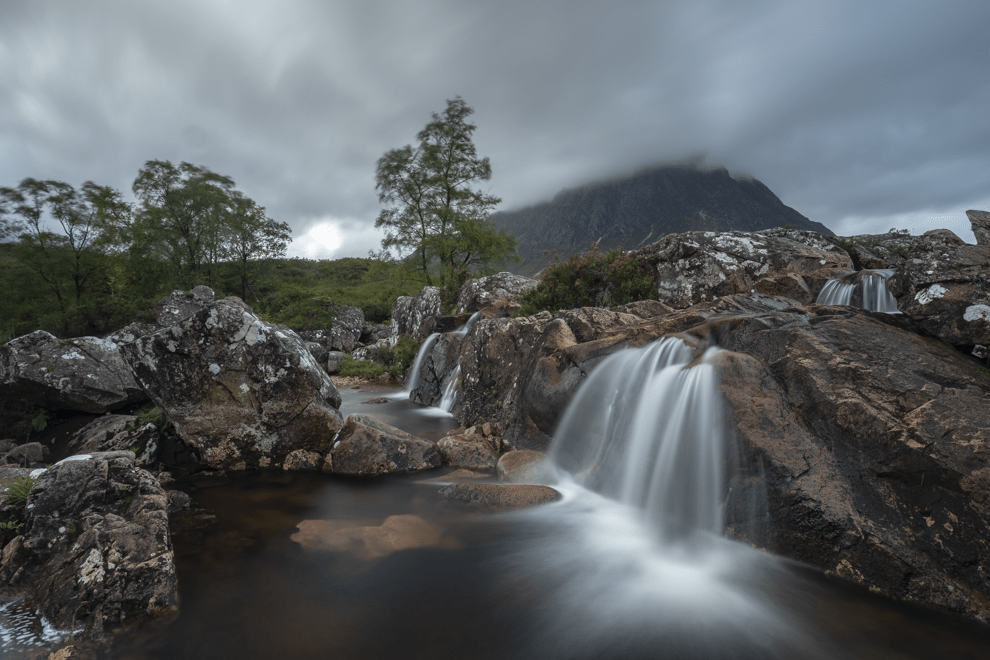 Last week we covered the first day of a two-day private photo-tour that I carried out at the start of September. We left off last week with a view along the Glen Coe pass before spending the evening at the Loch Leven Hotel in Ballachulish. The second day required flexibility in our plans as the Scottish weather was predictably unpredictable. With my long-term knowledge of the area, I was able to sustain some fabulous photography locations for the visitor. We didn’t pick up a sunrise ion the morning as we woke to low cloud throughout the local area so our first stop took us northwards into the Lochaber area of Scotland.

The photo-tour could almost double as a film location set tour.  The Glenfinnan Viaduct was finished in 1901 and for many years carried rail traffic from Glasgow to Mallaig. The most famous passenger has become Harry Potter and as a result, the bridge is now on the tourist trail. During the summer months, The Jacobite Steam train passes over the bridge four times a day so by keeping an eye on the timetable you can be at the bridge as it passes overhead. There have been some near-misses with people trying to get too close to the train so take care to stay on the paths which have been set up around the bridge and give some super views. 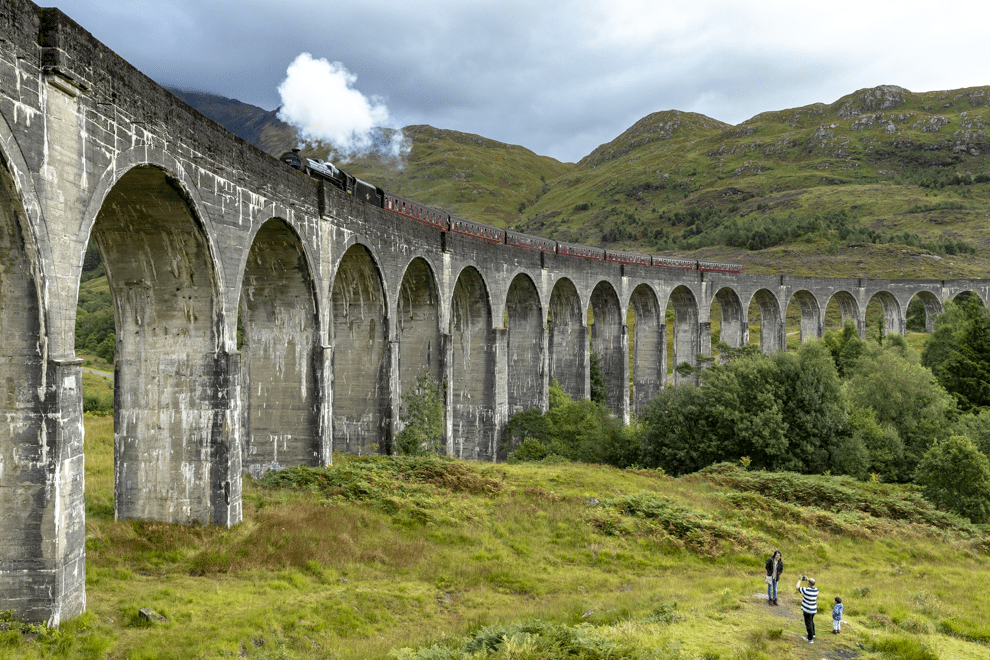 Close to the viaduct is another picture opportunity. Glenfinnan was the spot where the Jacobite Prince Charles returned from France and laid claim to the Scottish and English thrones. The monument was erected in 1815 and sits at the head of Glen Shiel. There is a fairly easy walk from the visitor centre to a viewing point which gives this super view. 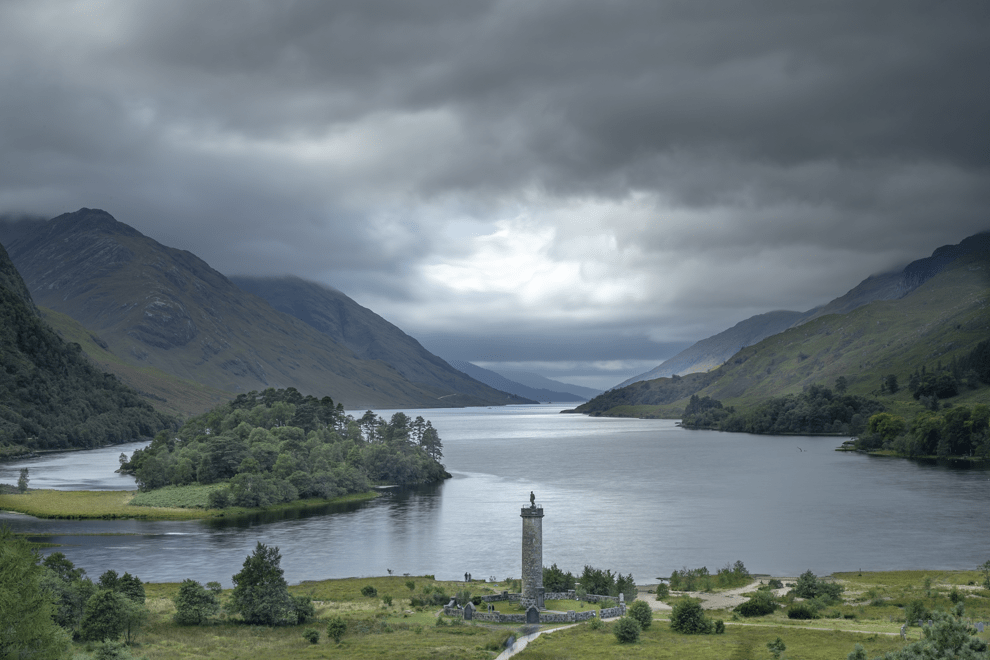 If there was one location where I was hoping for dark and heavy clouds it was the Commando Memorial at Spean Bridge. The weather disappointed with blue skies and puffy white clouds which attracted even more visitors to the monument who get a great view toward the highest mountain in mainland Britain, Ben Nevis. The monument was unveiled in 1952 by the Queen Mother and overlooks the Commando Training Depot established in 1942 at Achnacarry Castle. 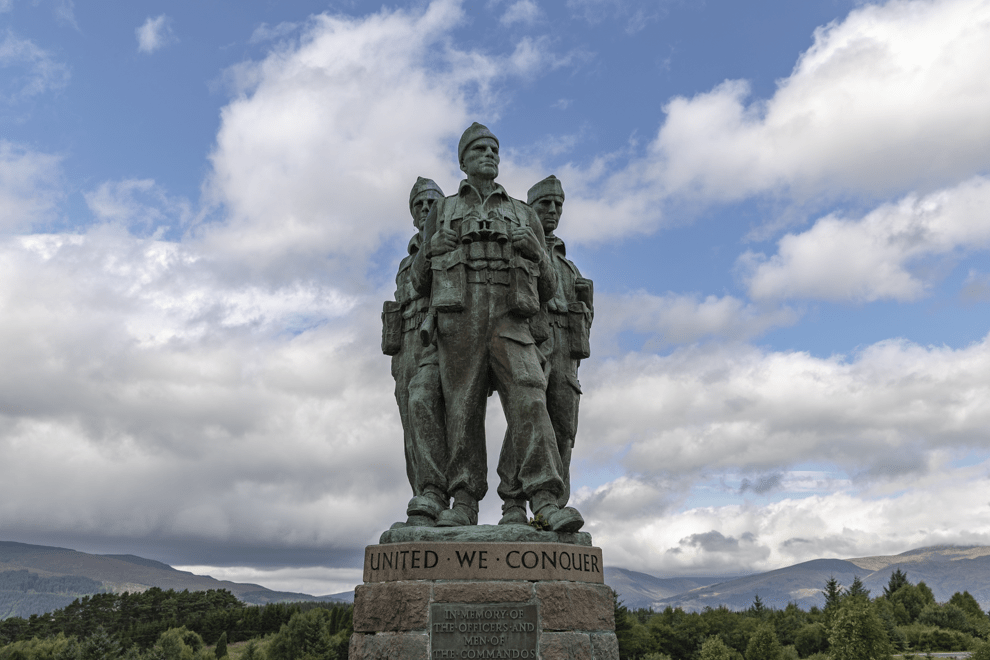 Some locations are so photographed that it is joked you just need to place your tripod into the holes made by previous photographers. To get this shot the tripod needs to be resting in the River Coupall and needs a bit of a clamber down peaty and muddy paths. It’s one of those locations that the composition works even on overcast days and as we could see rain heading into Glencoe it was going to be our last location of the West Highlands.

To try and get the better weather we headed eastwards where the forecasters were predicting dry conditions. The Queen’s View was made famous by the visit of Queen Victoria to the area. It looks along Loch Tummel with the mountain Schiehallion on the south bank and way in the distance is Buachaille Etive Mor which was the previous location. This is another of the easy walk locations with a Forestry Commission car park just a few minutes’ walk away via a well-kept path to the viewing point. I can’t image Queen Victoria had it so easy! 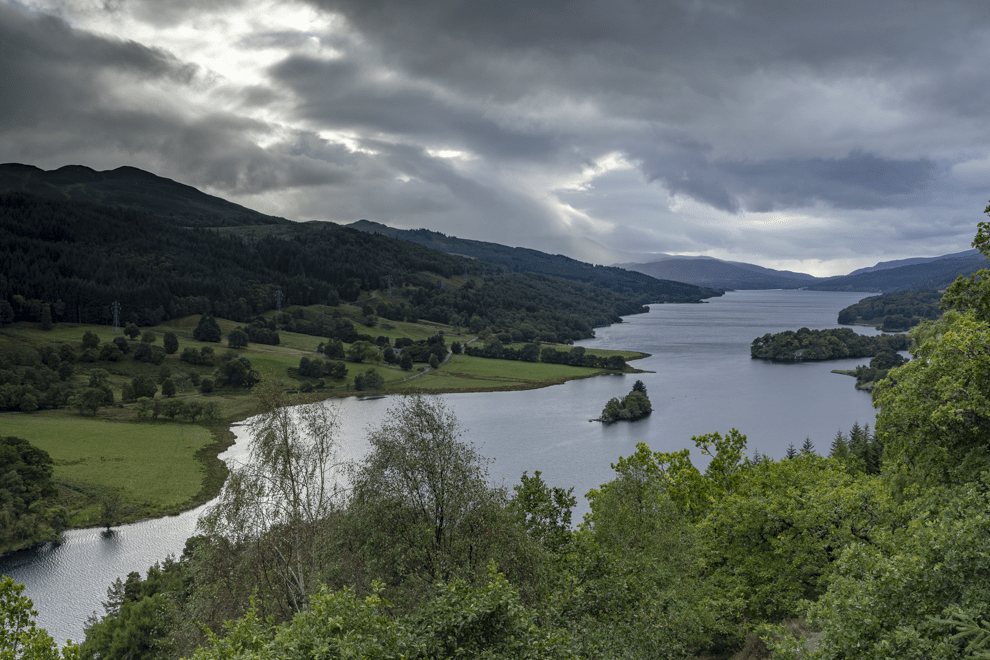 Our penultimate stop of the photo-tour took us to River Tummel where there is a small fishing club that has a small wooden pier and some picturesque rowing boats. The trick here is to try and balance the shutter speed that smooths the water in the river but doesn’t blur the boats that are moving in the waves. 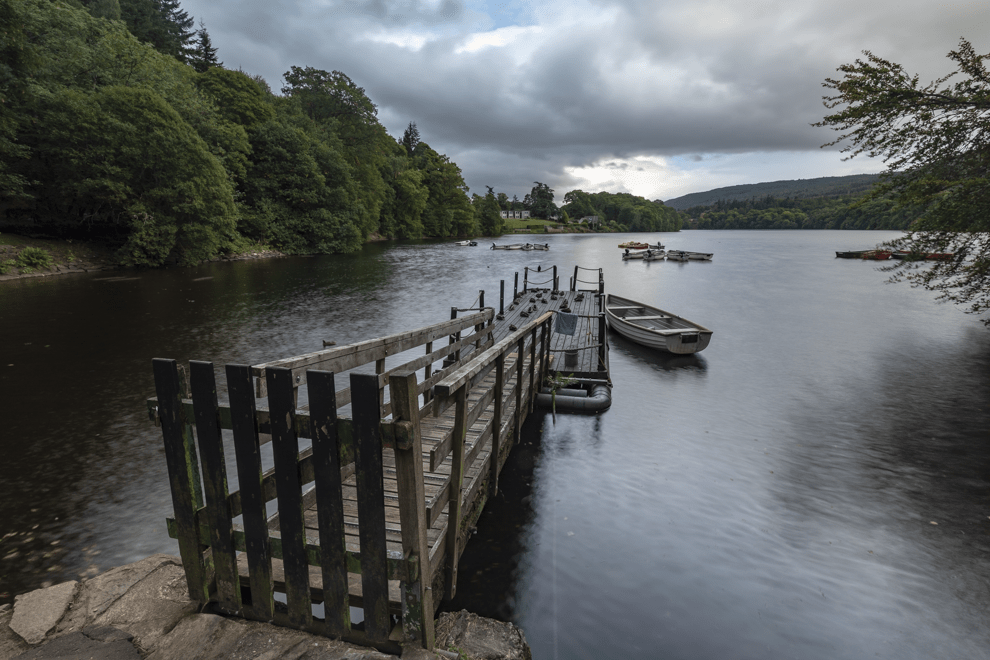 The final stop of the photo-tour took us to the banks of the Forth River. The old pier at Aberdour gives us views across the river toward Edinburgh. I took a different view on this image by featuring the heavy clouds coming from the west with the last rays of sun over East Lothian.  It kind of summed up the conditions that we had to contend with as landscape photographers. 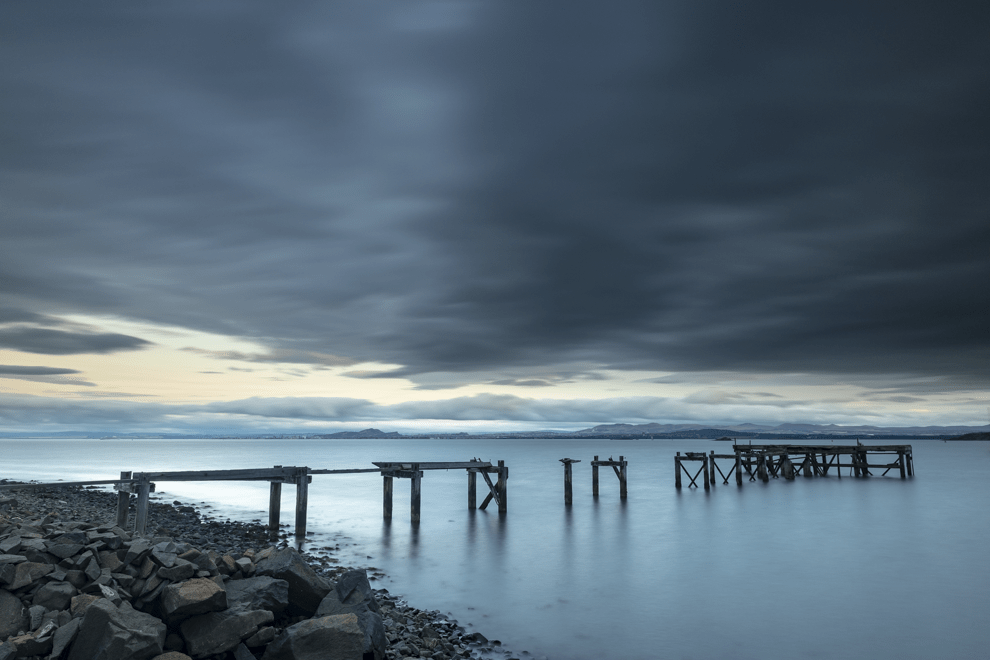 Build your own photo-tour

This final photograph brings us to the end of the two-day private photo-tour. If you are interested in a private photo-tour then please send me a mail and I can work with you to create a trip that will deliver some beautiful images as well as a great learning experience.

I run a group photo-tour of the West Highlands once a year. This year’s trip will be three days between the 19th and 21st October. If you would like to attend with three other photographers, then you can sign up here.