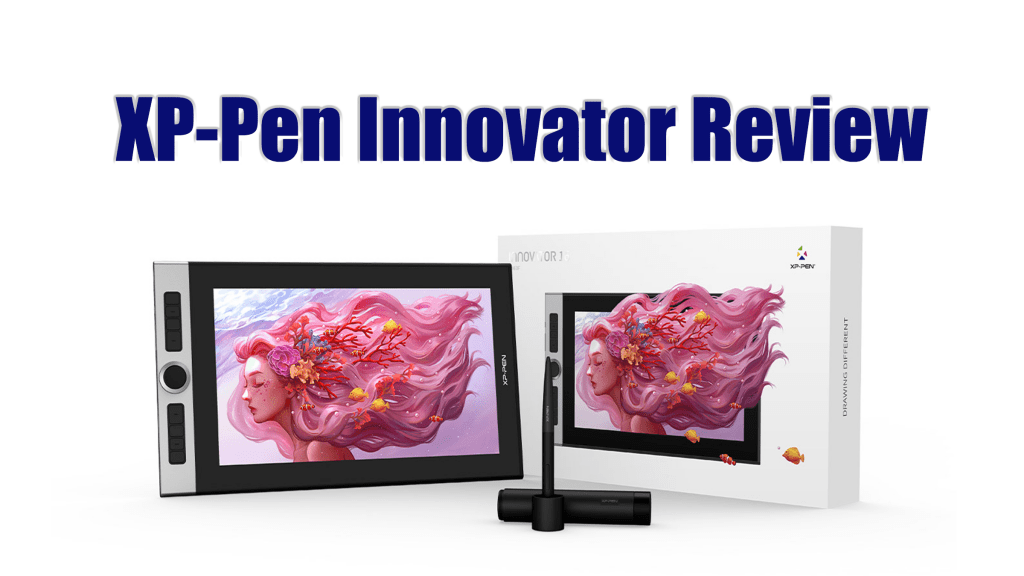 If you are a power-user of Adobe Photoshop or other photo-editing packages then you’ll soon get to the point where a mouse or trackpad doesn’t cut the mustard. The logical next step is to use a drawing tablet and pen. There is a very well known brand that is the go-to for most photographers. I was contacted recently to review an alternative and I’ve been sent the XP-Pen Innovator tablet to try out. I am always upfront with my reviews and unlike many of the items I have reviewed, this is one that I have been supplied free of charge. However, I will not let this taint my opinion of how the product works for my workflow.

What’s in the box?

The XP-Pen Innovator arrives superbly packaged. It feels like an Apple product with tight-fitting compartments holding the various items. The biggest item in the box is the tablet itself. The screen is the equivalent of a 15.6-inch display and has a set of eight buttons and two separate dials to the left. Under the tablet is the pen and the holder with an assortment of additional tips and a set of wires that are used to connect to the computer. There is also a stand that allows the tablet to be tilted to a position that you find comfortable for editing.

Attaching to the computer

I have to admit that I have had the XP-Pen Innovator for quite a few months before writing the review. The reason for this is that I had real difficulty attaching the tablet to my computer. I use an Apple MacBook Pro 13 Inch 2018 model. Apple chose to only ship this model with four USB-C ports. However, to connect the XP-Pen Innovator you need to have an HDMI and a USB-A port free. This will mean purchasing an adapter to plug into the USB-C ports to give you the required necessary ports to attach the tablet. Even with an adapter from Amazon, I failed to get the tablet to attach to the computer. There really needs to be a way of attaching the XP-Pen Innovator using USB-C ports and I hope the manufacturer fixes this.

In order to carry out the review, I was able to get access to an older MacBook Pro 2013 model which had the required ports. As a result, the process to join the laptop and tablet together was much easier. Within a couple of minutes, I’d attached the tablet, downloaded the software and was ready to go.

Customising to your workflow

The XP-Pen Innovator has lots of opportunities to customise the various buttons and dials to adapt to your workflow. There are eight buttons and two dials that can be used to undertake regular tasks while editing. As a photographer, most of my detailed editing is in Adobe Photoshop so I’ll base the review on how the tablet interacts with this program. 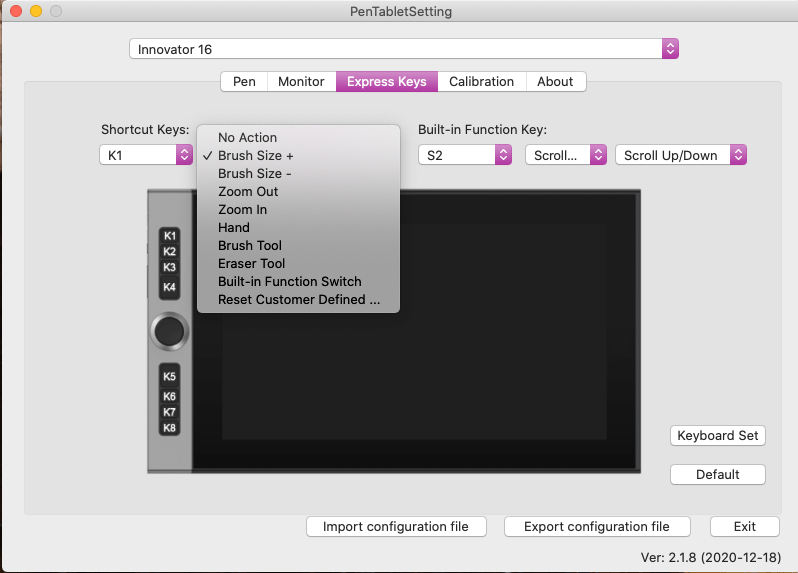 All of the buttons are set up using the Express Keys configurator which is part of the software installed when adding the drivers. I would have liked to have seen this configuration program integrate with System Preferences on the Mac as it can be annoying navigating to the separate program to set up. This is a very minor niggle though.

The proof in the pudding of any product is how well it does its job. The stand-out feature of the XP-Pen Innovator is the brilliantly clear screen. The 1920 x 1080 screen can display 16.7 million colours and the reproduction of colours on the screen is superb. Very quickly it becomes second nature to draw directly onto the screen without looking at the main display of the laptop or computer you are working from. 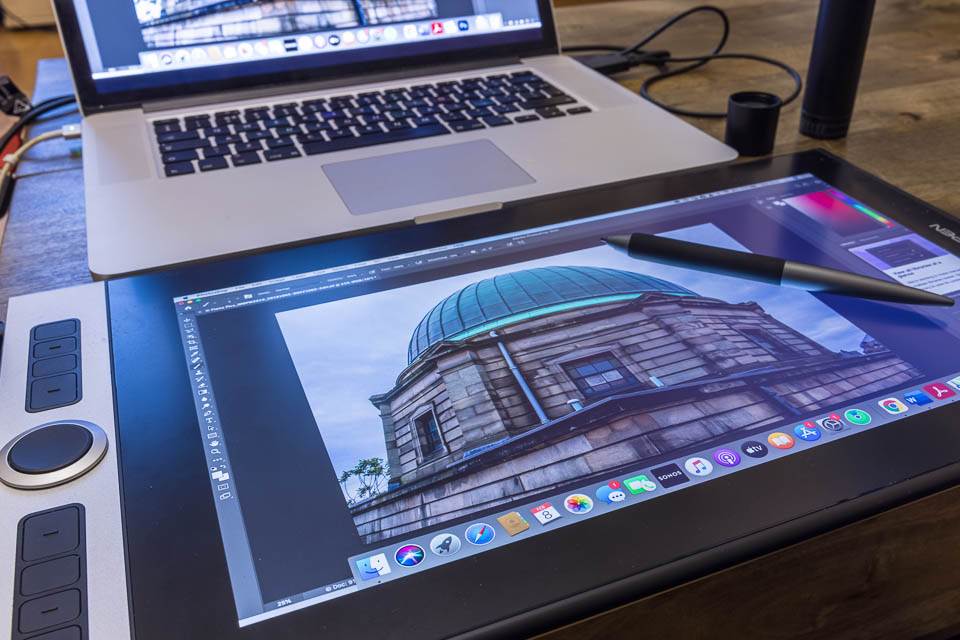 The pen is extremely responsive, much better than the well-known competitor of the XP-Pen Innovator meaning that you can easily edit with a great deal of accuracy. The pen can tilt to 60 degrees which allows you to apply varying amounts of pressure and create the effect of writing with an ink pen. As a photographer, the tablet and pen combo give real control of the editing process. I can only imagine that a digital graphic artist would find the XP-Pen Innovator the perfect tool for creating detailed and artistic drawings.

Once I finally got to use the XP-Pen Innovator, I fell in love. It’s much more natural and accurate to draw directly onto the image to make edits to your photographs. The display gives vibrant colours without being hard on the eyes. However, my biggest bug-bear is the difficulty I had getting the display to work on my fairly recent MacBook. Many creatives are Mac users and tend to keep up to date with tech they use. For this reason, it’s a bit of a miss that there isn’t a native connection from the tablet to a USB-C port. If the initial set-up process had been easy, I would definitely be giving the XP-Pen Innovator a 10/10 review. As it is, I can’t hand on heart recommend the tablet if you have a recent MacBook – it shouldn’t be necessary to buy an adapter to use it when you are laying out a penny short of £400 for the piece of kit. Alternatively, if you’re an older MacBook user or a Windows photographer and you do lots of editing then the XP-Pen Innovator is a great addition to your workflow. The equivalent competitor product is another £120 more expensive with fewer buttons and dials. You can buy the SP-Pen Innovator at https://bit.ly/3quFQz8