There’s been a plethora of new cameras launched in the last week or so. A quick summary of what they’ll do and when we can expect to see them 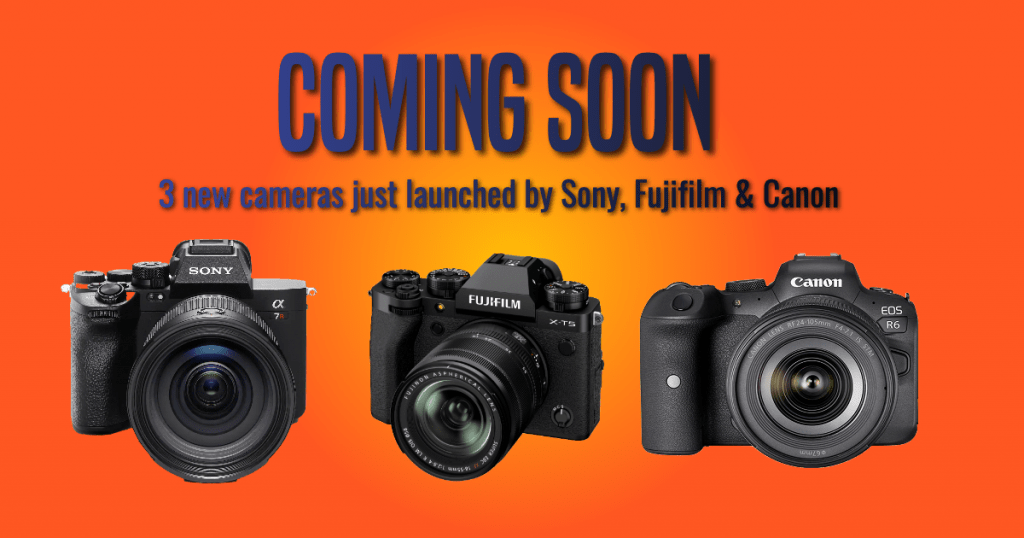 Until 2018, the Photokina photography event used to take place in Cologne every two years. It was an opportunity for the manufacturers to launch new products. However, when COVID forced the cancellation of the 2020 fair, the organising company decided to suspend Photokina indefinitely.  Despite the show disappearing, the major camera manufacturers have followed the same timetable, and we have seen a barrage of new cameras announced in the last couple of weeks. If you’re interested in an upgrade and have a pile of cash burning a hole in your pocket, here’s what you can expect to see and when.

Sony has been one of the leaders in mirrorless technology, and the A7 range has been extremely popular. The just-announced Alpha A7R V camera replaces the three-year-old mark IV version.  The A7 had fallen behind the Canon R5, and this new launch brings Sony back to a similar position as the Canon model.

At 61 megapixels, the A7R v produces some of the biggest files available, and as a result, Sony has added the latest BIONZ XR processor, which is in the flagship Sony A1. If you like big files, then the Pixel Shift Multi Shooting mode takes 16 images and combines them into a super high-resolution 241-megapixel image. In the A7R IV, this only worked for static images, but now the new processor can detect tiny movements, such as people moving or leaves blowing in the wind.

One of the other key technological advances over the last couple of years is autofocus systems detecting different types of objects. The list of subject types on the A7R V has expanded to include aeroplanes, cars, trains and insects, as well as the usual eye detection of humans, animals and birds.

Sony video shooters can now access 8K/25p video, an upgrade from the 4K/30p previously available on the earlier model. I’m still to be convinced of the need for such large video files, but if you’re looking for a video camera rather than stills, the A7R V competes with the best.

The new camera from Sony will retail at £4,000 in the UK and will be available from the end of November 2022. 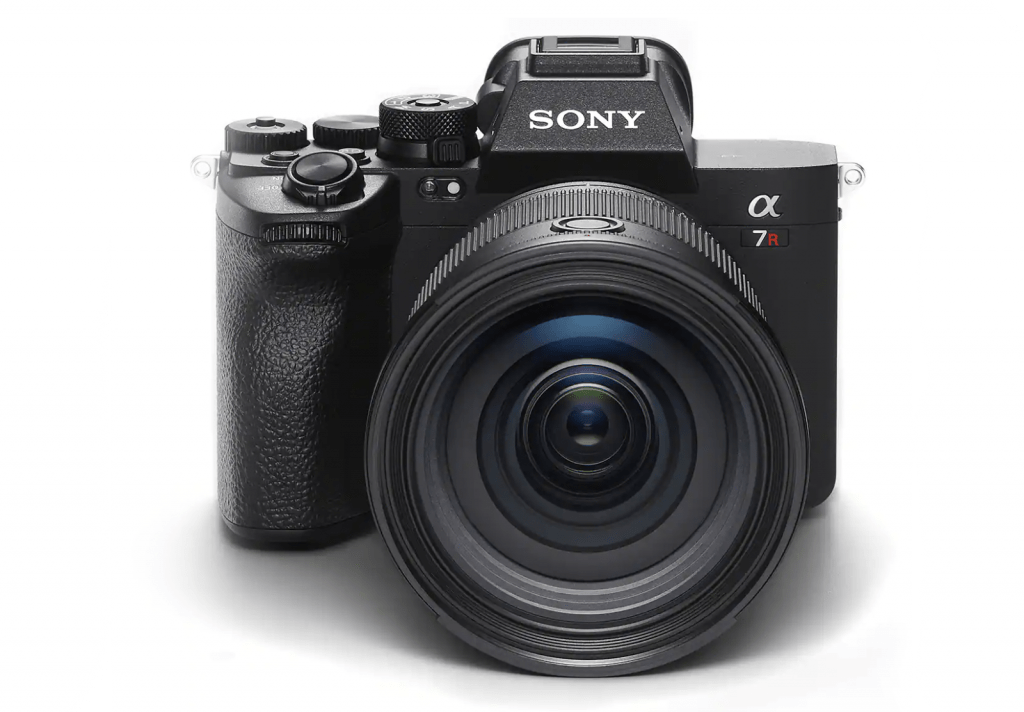 On the same day that Canon launched its R5 camera, they also brought out a reduced-pixel version, the R6. It had most of the features of its bigger brother but lacked 8K video and only had 20 megapixels. Two years later, Canon has announced an upgrade to the R6 with a mark II version.

The first noticeable difference is the addition of an extra 4 megapixels in the sensor size. This brings the upgraded Canon camera to the same place as its nearest rivals. However, where the latest R6 really sets itself above the rest is its 40 frames per second shooting speed when using the electronic shutter. Not only that, but it also offers a RAW burst mode which offers 30 frames per second, but thanks to clever technology pre-record 0.5 seconds before you actually press the shutter button! Great if you are always just missing the vital moment in your action shots.

Like Sony, Canon has also upgraded the subjects that the autofocus system will latch onto. You can now set the camera to focus on humans, animals (dogs, cats, birds and horses) or vehicles (racing cars or motorbikes, aircraft and trains).

The Canon R6 Mark II will be available from 29 November 2022 at £2,779 but apparently, pre-orders have been so great that Canon is unlikely to deliver volumes of the new camera for quite a few months after the advertised launch. 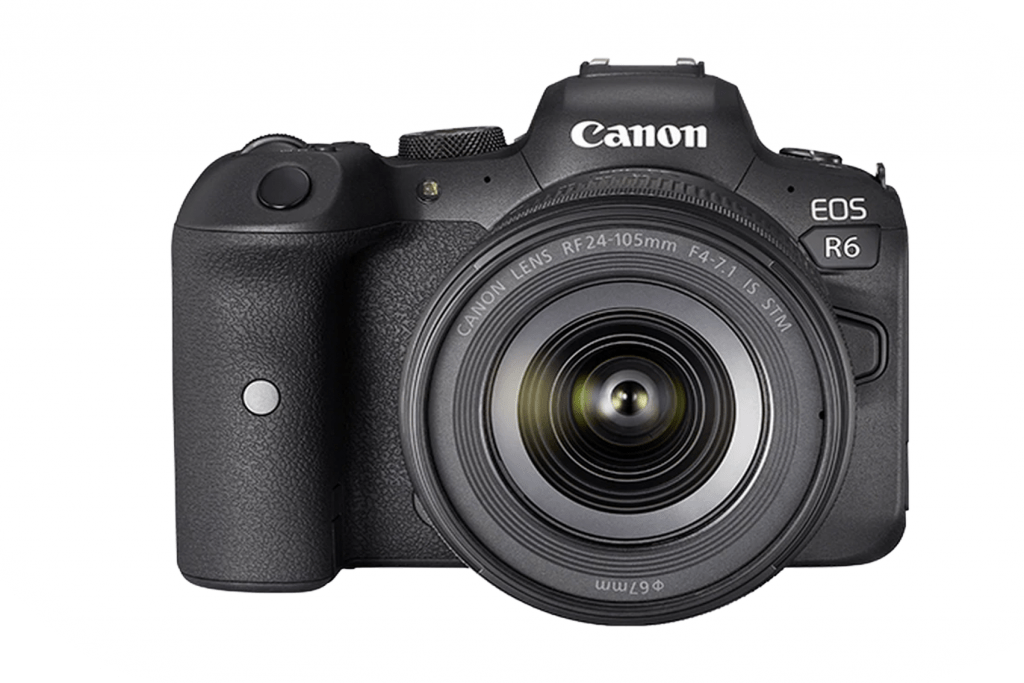 Another pioneer in the mirrorless market is Fuji. Its XT-1 camera was launched in 2014, and it has just announced the release of the fifth generation of this popular camera. Fuji likes the retro feel to its XT range, and the XT-5 retains the three camera top dials that change ISO, shutter speeds and exposure compensation. I have to say that I find these dials fiddly and would much prefer to see a move away to the dials seen on most other manufacturers.

The most significant upgrade on the new camera is the increase from 26.1 megapixels to 40.2 megapixels. The extra pixels are assisted by an improved X-processor 5. Fuji has also improved its video capability with 6.2K/30p video available onboard.

Fuji has also introduced a Pixel Shift Multi-shot feature giving a file size of 160 megapixels. Another innovation from Sony being copied by other manufacturers. There’s no information on how well it deals with moving objects in this mode, so it will be interesting to see when it’s in the wild.

A welcome introduction to the Fuji range is a screen that now tilts in three directions, so you can now shoot on the back of the screen in landscape and portrait orientations. The addition of a dual slot CFexpress Type B memory card slot and some auto-focus modes to detect people, birds, animals, as well as a variety of vehicles completes the upgrade from the XT-4. 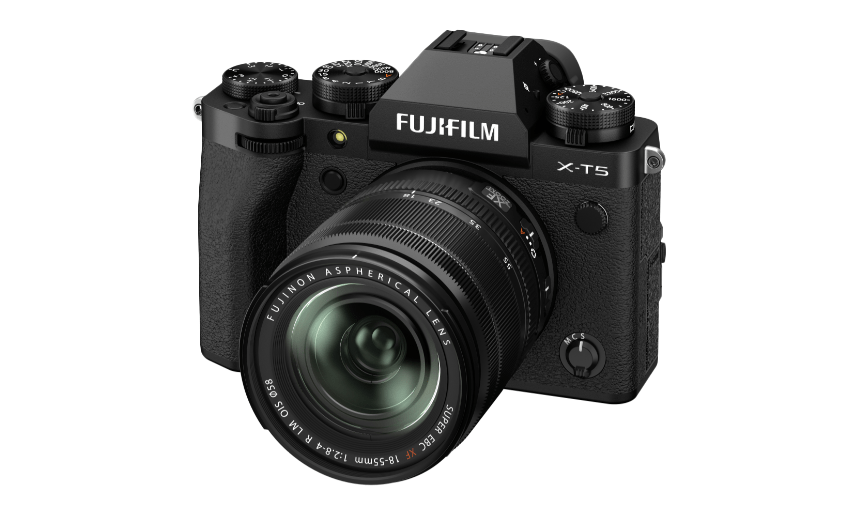 Please give us your feedback.

As well as running Edinburgh Photography Workshop, Rich Dyson is a professional photographer. His photographs are regularly used in newspapers such as The Times, Guardian and Daily Telegraph. He also had two solo exhibitions and was featured in a members-sponsored exhibition in the Scottish Parliament. You can see and buy his photography at richdysonphotography.com.