With the addition of a simple hand torch, it’s easy to use light painting in night photography 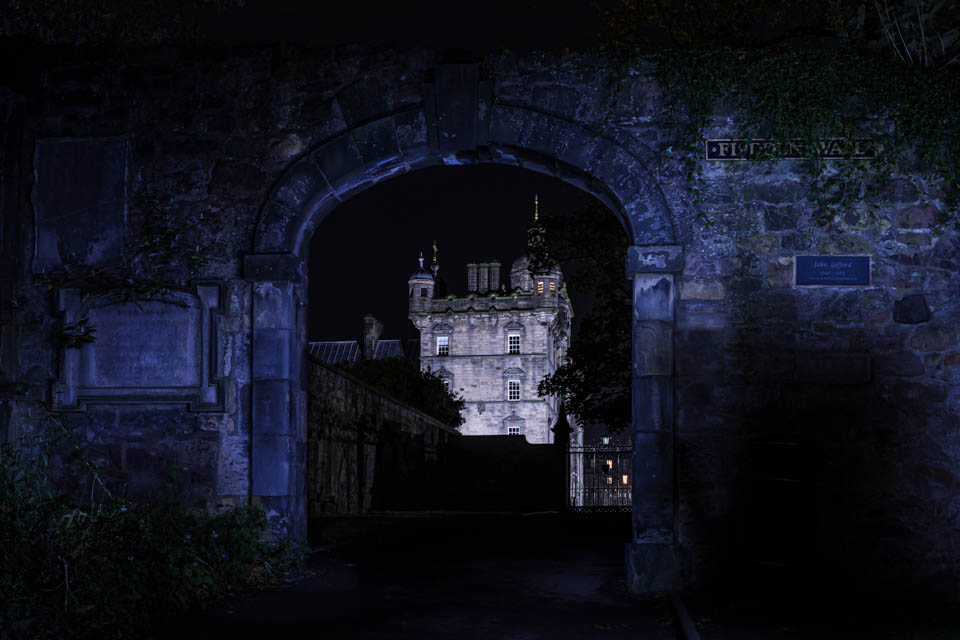 During my Night Photography workshop, we explore different ways of using the light available in the dark to get great photos. Sometimes, though, we may want to take a shot which doesn’t have available light. In this circumstance, we can add light by using a technique called light painting. All you need to do this is your camera, a tripod and a fairly cheap hand torch.

The image we are going to work on is in one of Scotland’s most haunted grave-yards (if you believe in ghosts!). At the back of Greyfriars Kirk is an archway which is part of the old city wall of medieval Edinburgh. If you look through the archway you can see the Renaissance turrets of George Heriot’s School, apparently the inspiration for Hogwart’s in JK Rowling’s Harry Potter series.

The difficulty we have is that the school building is lit up at night and the archway isn’t. Even the best camera won’t be able to capture the dynamic range in this scene. However, by using light painting we can capture this scene in one shot.

Exposing for the school

The first part of setting up this shot is to expose the shot for the bright lights of the school. It’s a good idea to go back and read the blog post on metering modes as we are going to use spot metering. We place the centre of the viewfinder on the school building whilst using spot metering. Set the shutter speed to 30 seconds and then use aperture and ISO to set the light-meter to zero. If we take a shot now, you’ll see that we get a nice exposure of the school. However, as we have exposed for the bright illumination the rest of the scene is extremely dark. 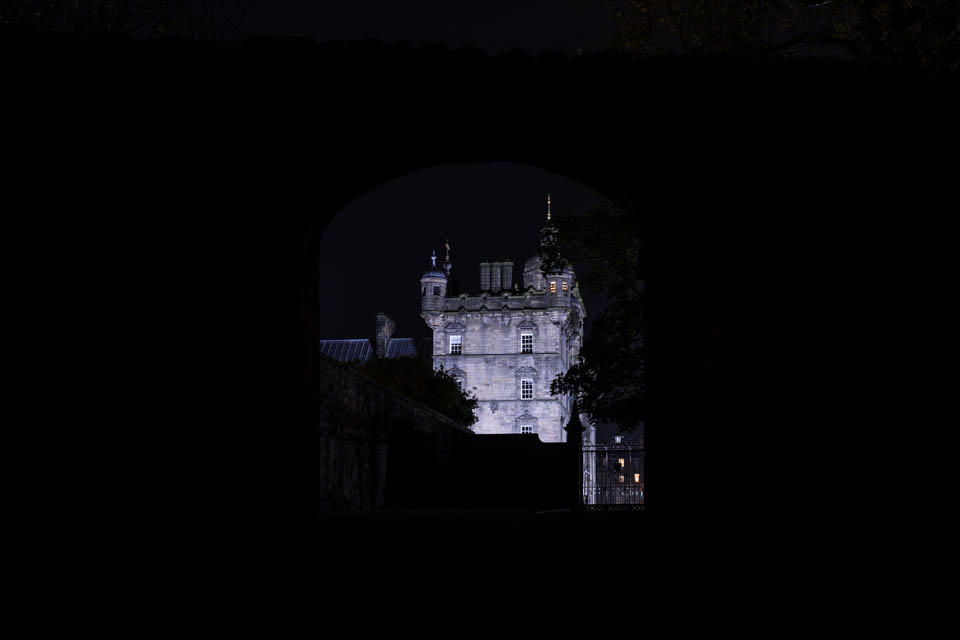 In this final stage, we are now going to re-balance the exposure to show the archway as well as the school. The reason we have set the exposure to 30 seconds is so that we can use the torch to illuminate the arch. Press the shutter button and then start to move the light from the torch across the wall. It’s good to wear dark colours when light painting so your clothes don’t show up in the shot. Keep moving around the scene for the entire 30 seconds ensuring that the entire scene has been painted with light. In this particular scene, I’ve not painted the bottom of the wall to the right of the arch. Unfortunately, there is a rather ugly dustbin so I’ve made it less important by leaving it darker. 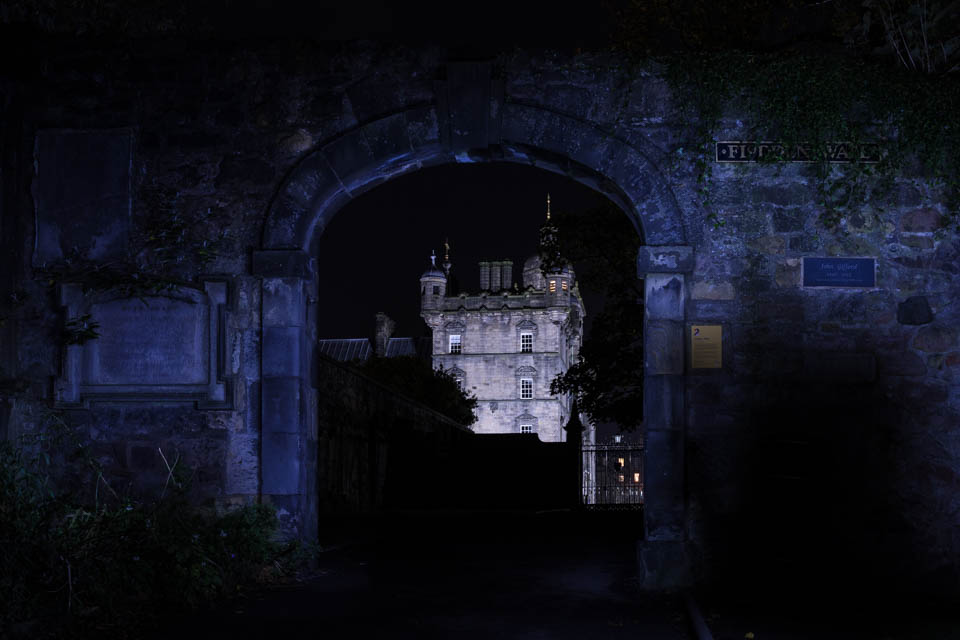 The end result is a single-shot which has captured the huge dynamic range in the image. The school is correctly exposed and we also have an eerie-looking wall, framing the scene. In the image at the top of the page, I’ve removed the yellow-sign on the wall in photoshop to create an unusual view of Edinburgh.

If you’ve got any questions or comments, leave them below. You can also sign up for the Edinburgh Photography Workshop monthly newsletter where you’ll get regular updates on interesting things happening in photography and some great tips. Sign up by clicking here.