What can we expect from the big 3 camera manufacturers in the rest of 2020? The latest cameras coming from Canon, Nikon & Sony 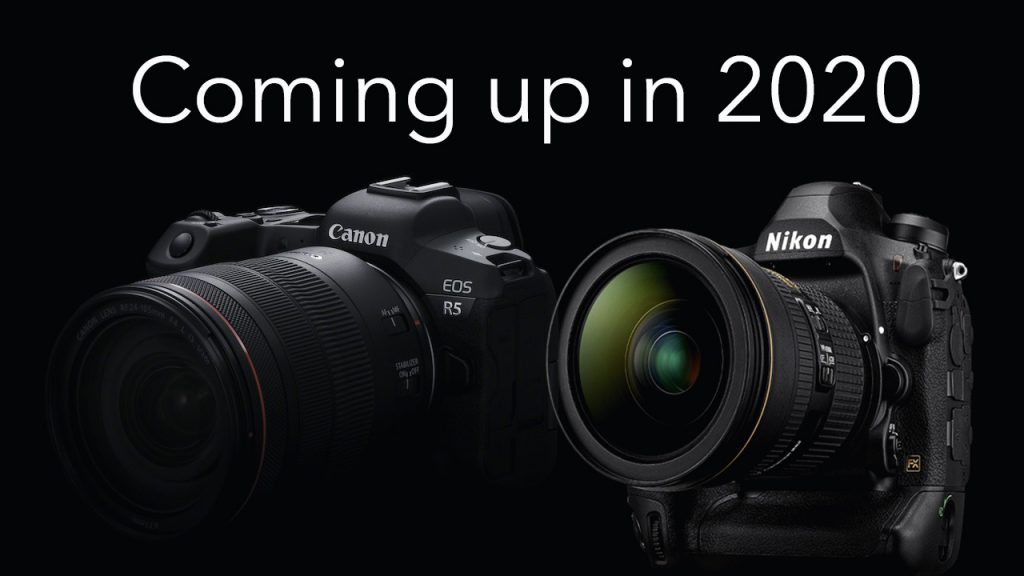 I should be writing this blog on the way back from The Photography Show in Birmingham. I was looking forward to seeing the latest gear that was available. There was also a sneak preview promised of a yet unreleased camera. However, with the fears over Coronavirus, the show has been postponed until September. Don’t worry, though, there’s been quite a lot of detail released of the new cameras that we can expect to see in 2020.

I’ve summarised a few details of the things we know of the latest rumours from Canon, Nikon and Sony. You can start saving now for the latest cameras that are coming out.

Nikon has had a difficult spell going back as far as the tsunami that hit Japan in 2011. However, the launch of the Z series of mirrorless cameras started their revival. The Nikon Z6 and Z7 models have been getting pretty good reviews. They still seem to be trailing in the wake of mirrorless pioneers, Sony. 2020 is going to be a big year for Nikon to re-establish itself.

First up from Nikon will be the D6. The D6 is the flagship model from Nikon and was strongly expected with this being an Olympic year (hopefully). The specifications for the camera have been released by Nikon. However, the release date has already been put back due to Covid-19 supply issues. The key developments that have been released are changes to the auto-focus system. There will be 105 focus points and a new eye-detection mode which should mean even sharper photos for sports photographers. As you’d expect from a pro-camera there are two card slots although they are both the more expensive CFexpress or XQD cards. This means more cost for new card readers on top of the £6,300 price tag. 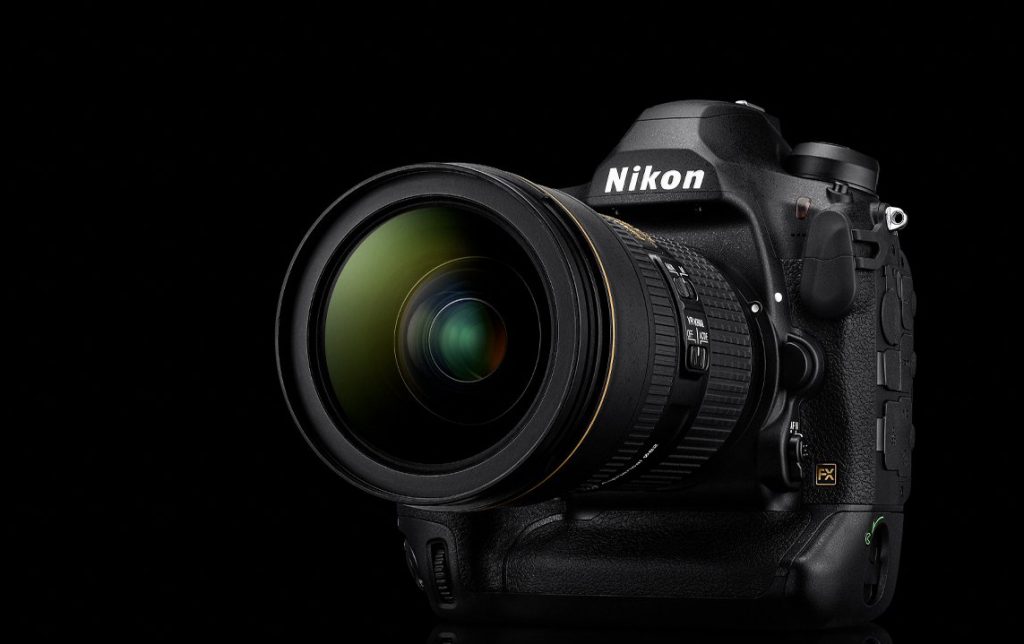 In the strong rumour category, we also have an addition to the mirrorless range with a Z8 expected during 2020. Whilst the specs on this camera are still under-cover, the Nikon Rumours website has reported that it will have a 60-megapixel sensor and also have two card slots (again using the CFexpress system). I expect Nikon will hold back the launch of this camera until later in 2020 so it can ensure that it is competitive against the similar offerings from Canon and Sony.

Another rumour from the Nikon camp is a replacement to the Nikon D5600. This has been a really popular camera for people coming on the Switch to Manual workshop. The rumoured D5700 is expected to have a 24 megapixel cropped frame sensor. In addition, you can expect ISO performance up to 51,200 and 6 frames per second burst speed.

The interesting thing will be when Nikon and Canon decide to stop updating the cropped-sensor DSLR’s and move to mirrorless. A move that Sony has pretty much done already, which leads us to the new gear expected from them.

Sony has been the market leaders in mirrorless for quite a few years now, Nikon and Canon are biting at their ankles so the key for Sony in 2020 is to build on an already strong range.

When Sony released the A7S II four years ago it was lauded for amazing low light performance. Whilst it had a relatively small number of pixels, 12 megapixels, it sucked light in so was perfect for wedding photographers. It was also the vloggers’ camera of choice with some amazing video capability. The rumours are that the A7S III will be launched in the first half of 2020. We should see a slight increase to 15 megapixels. The main improvement though will be in its video performance. There is an expectation of 4K quality at 120 frames per second which should give amazing slow-motion footage. Expect a price tag around £2,900. 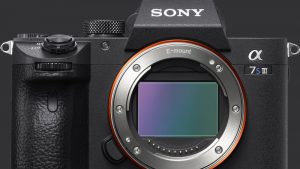 Toward the end of 2020, there is an expectation that we’ll see an upgraded A7 IV. As with the A7S II, we are not going to see a step-change improvement on the previous model. This fits the Sony strategy of maintaining market leader status rather than pushing the boundaries. We’ll probably be seeing a 24-megapixel sensor with improved weather-sealing making it a good choice for a landscape photographer (particularly in Scotland!).

This leads us to see what Canon is going to be doing in 2020. They have already released a new flagship camera (again this was expected with it being an Olympic year), the 1DX Mark 3. Released at the start of the year it boasts a 20-megapixel sensor. However, the key developments are in low light capability, frames per second performance and autofocus. The ISO range stretches from 50 to 819,200! If you shoot in live view then you can get 20 frames per second (you’ll get 16 frames per second when shooting through the viewfinder). The most amazing development is an intelligent autofocus system. Using AI technology the autofocus can not only use eye-recognition but also copes with athletes wearing goggles or helmets. This is a great camera if you have £6,499 to spare! 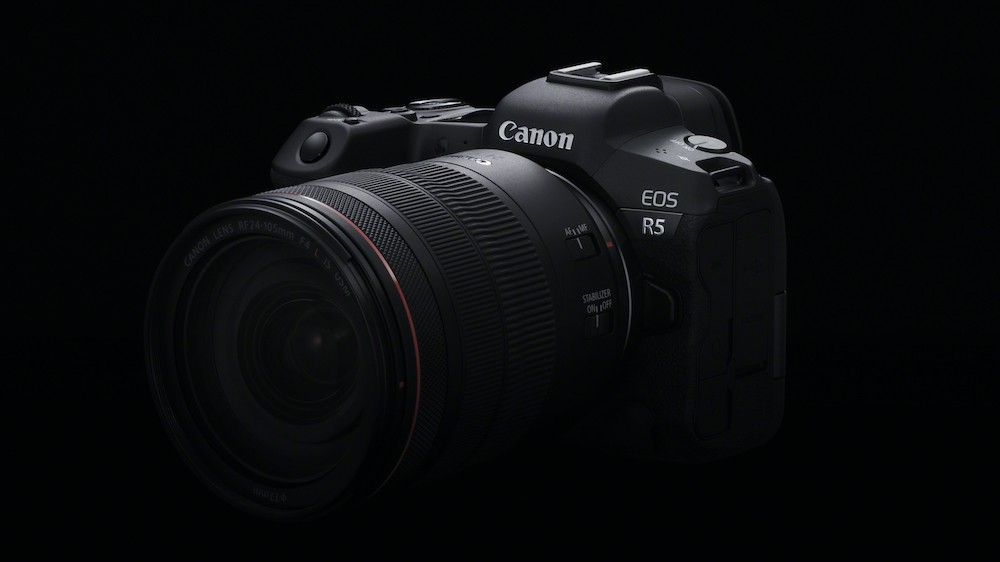 Canon was due to launch the EOS R5 at the Birmingham Photography Show. It has to be said that Canon was definitely behind the curve when it came to mirrorless models. The RS and then R models launched in the last couple of years were OK but they didn’t come close to Sony. With the R5 it looks like they have taken a huge leap. The biggest development to come from Canon is the introduction of stabilisation in body rather than on the lens – this is the first Canon camera to make the switch. We are also going to see the first camera to offer true 8K quality video. It also looks like we’ll get an even better autofocus system than the 1DX where it can detect dogs, cats and birds as well as the usual face technology. It also seems like we are going to be able to send the photographs from the camera up to the cloud automatically and then send them to computers from an online system. If the camera is as good as the specs suggest I am struggling to see the reason why we’d need to spend £6500 on a 1DX when we could spend around half that for the R5!

There are also rumours of upgrades to the 7D and 5D camera ranges during 2020 but as yet the details are quite sketchy. I’d suspect that Canon will surprise us toward the end of the year with a consumer mirrorless model and won’t upgrade the DSLR range – this could signal the death-knell for DSLR from the Canon stable.

I hope you enjoy the blogs I produce each week. As you can imagine, it is going to be quite tough for the next few months for the freelance community. If you are able to try and support us. You can buy limited-edition framed prints from my online shop. Don’t forget you can also buy photography workshop vouchers that you can use at any time in the next 12 months.