Is it worth it? What’s the benefit of signing up for a regular subscription to photo-editing software? 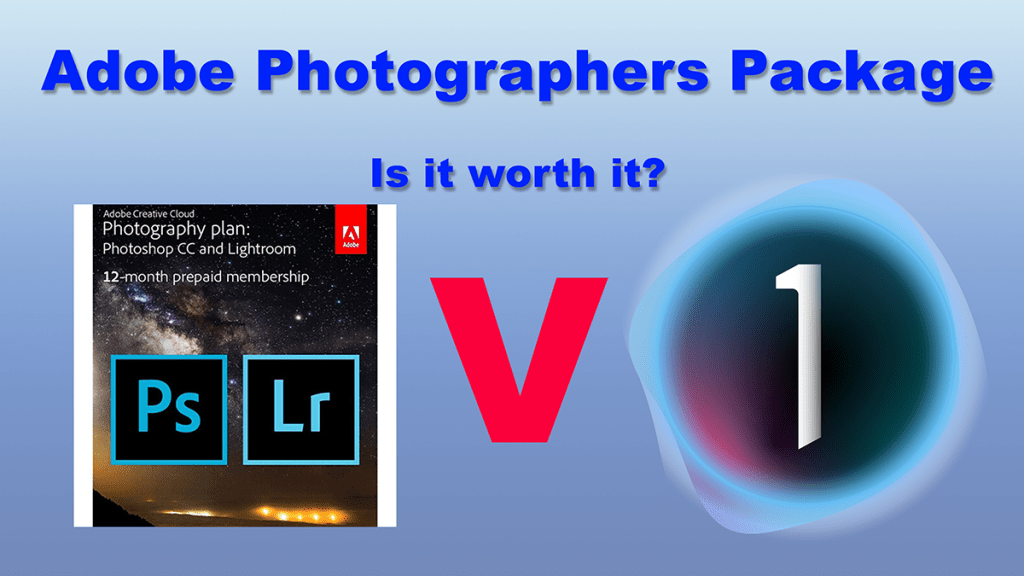 Last week, I shared a post to the subscribers of my newsletter with an offer. As part of the Amazon Prime Day offers, you could buy an annual subscription to the Adobe Photographers Package with 1/3rd off the usual price. I think it’s a fantastic deal, and my subscription is now in place until January 2023. I know at least six people clicked on the link, and hopefully, they are enjoying the benefits of the package too!

During my Switch to Manual Workshops, I am often asked if there are alternatives to paying £10 a month. Of course, the answer is yes. There are free alternatives, and there are also packages that you can buy outright without an ongoing subscription. The next question is usually, is it worth paying a subscription when I’m not a professional photographer? In today’s blog, I will try and answer why I think the Adobe Photographers Package is a worthwhile investment for any photographer.

Why do I need to edit anyway?

An easy one to answer. Editing has always been part of the photo-taking process, going way back to the days of film photography. In 2012, Magnum Photos master printer Pablo Inirio shared the process to prepare a photograph taken on film to the end printed image. I have added an image of the marked-up original print and the end result of a particularly reflective shot of Audrey Hepburn. By dodging and burning the exposure in the darkroom, elements of the photo could be made darker or lighter. It’s no accident that these terms used in the good old days are still available in Adobe Photoshop and Lightroom. 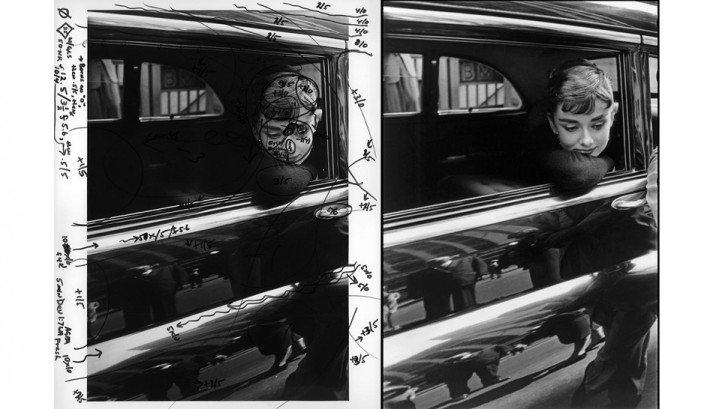 In some cases, it will be better to take a photograph, so it doesn’t look as good on the back of the camera if you know what you will do when it comes to editing. Understanding the link between exposure and the software you use will deliver better pictures and a faster editing process.

I’m not a professional; why do I need pro-software?

A challenge to the need to have a monthly subscription is that most photographers aren’t making a living from taking pictures. However, they understand that it is worthwhile to have industry-standard software when someone has financial skin in the game. On the other hand, they don’t see why someone doing it as a hobby needs the same tools.

My answer to this is that hobbyist photographers won’t spend time getting to grips with the ins and outs of the software. If you want to find out how to do something, then they want to find it easily. Do a search on YouTube for a feature such as ‘dodge and burn’. The top results all relate to the functionality in Photoshop and Lightroom. Because most pros use it, they share their tips on social media to get better use of features. The alternative software options appear much lower as there isn’t as much content available. Sure, you’ll find how to do something in, say, Capture One, but you’ll have less choice of instructors and opinions on the best way to do whatever it is you need to do.

Isn’t there something free?

Both these programs are open-source programs. They are usually developed and supported by a small group of passionate part-time programmers.  What they don’t have is the vast R&D budget of a multi-million dollar company like Adobe. So when professionals shout to Adobe that they need new bells and whistles (and when Adobe see a financial benefit), they can throw the weight of their budget behind developing what’s needed. Part-time programmers can’t do this so quickly.

The current version number of GIMP is 2.10, launched in October 2018. The one before that was in 2012. The next version, GIMP 3.0, was due to be launched at the end of 2019, but we are still waiting for it to be fully launched with only preview versions available.

Compare that to Adobe Photoshop that had a version update every year since 2013 when the Creative Cloud subscription model launched. If you’re happy with the existing functionality and you don’t want new tools, such as sky replacements, smart selections, and many other options, then go ahead and use the open-source, free software. Don’t blame me in a couple of years when you look with envy at the new developments in Photoshop and spending ages trying to replicate them using the existing technology.

I don’t mind paying, but I don’t want a subscription

When Adobe first launched the Creative Cloud subscription and the Adobe Photographers Package, the Adobe detractors argued that the company would get everyone signed up, then start increasing the cost. Back in 2013, it cost £9.98 per month to have full versions of Photoshop and Lightroom with updates included. In 2021, the price is still £9.98 per month, so that clearly isn’t the reality. Over that time, inflation has been 2.3% a year and should be costing £11.72 a month, so we are now getting even better value than eight years ago.

Discounting the conspiracy theorist argument, another discussion is that someone would rather pay £120 once instead of paying £10 a month forever. I can understand this more, but in many ways, the challenge back is one of new functionality.

Probably the best paid-for competitor to Photoshop is Capture One. It has superb functionality, a large team of developers, and you can buy a perpetual licence, so you own the software outright. Now the downsides.

Since they have a large team of developers, Capture One has been issuing a version upgrade every year since 2014. The price to upgrade from one version to the next has just increased to £149. Essentially the cost of sticking with the latest version of a perpetual licence is pretty close to buying the Adobe Photographers Package; you are just paying differently. Again, if you don’t mind coping with the technology in a particular version and not receiving updates, eventually, Capture One will work out cheaper. But, you’ll have less functionality. It’s no surprise then that Capture One has introduced a subscription model. Expect the perpetual licence option to disappear in the next year or so.

If you’ve got any questions or comments, leave them below. In addition, you can sign up for the Edinburgh Photography Workshop monthly newsletter, where you’ll get regular updates on exciting things happening in photography and some great tips. Sign up by clicking here.