Getting started with abstract photography. A short history of abstraction in art and photography with some techniques to try yourself. 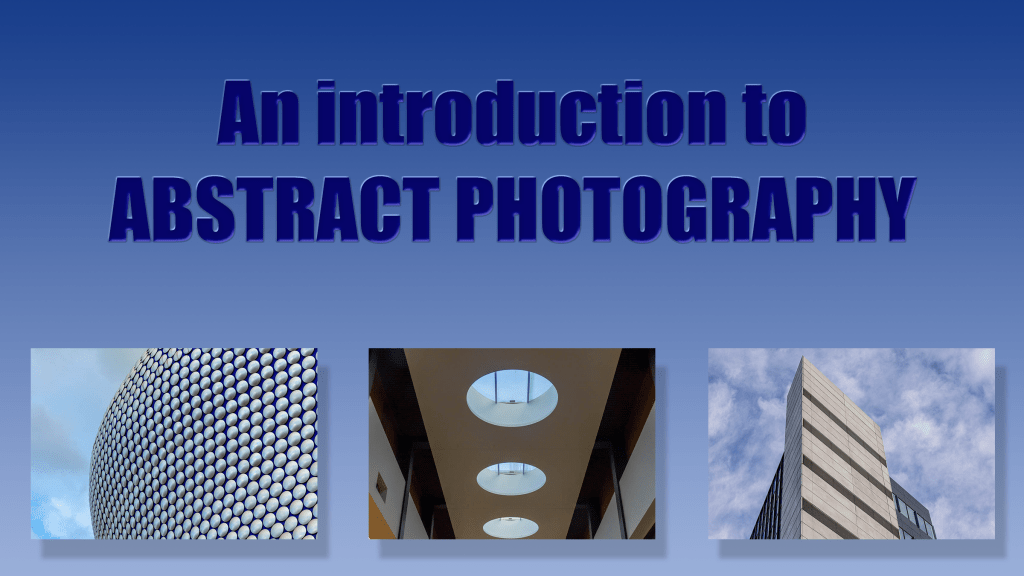 In the early days of photography, there was a technological battle between Louis Daguerre and Henry Fox Talbot. Both were using different techniques to permanently capture a realistic vision of buildings, landscapes and people. The first 80 years of photography saw cameras used as a tool to document scenes and events. In the 1920s, both art and photography began to look differently at subjects. Avant-garde art became popular, and movements such as Cubism, Dadaism and Surrealism came to the fore. Photographers of the day pushed the cameras’ boundaries, and we start to see the introduction of abstract photography.

One of the earliest proponents abstract photography was Alfred Steiglitz. He was born in 1864 and had an early fascination for photography. By the age of 23, he had already won major awards for his work. He was also writing articles on the technical and aesthetic elements of photography. As well as a photographer, he was also a modern art promoter and set up the gallery 291 in New York, displaying the works of leading photographers alongside artists such as Auguste Rodin and James McNeill Whistler.

After meeting the artist Georgia O’Keefe, who later became his second wife, he intensified his photography output. Over seven years he created over 350 prints of O’Keefe including many that studied just parts of her body, particularly her hands. During this time he also embarked on a series of important works, starting with a series he called “Music – a Sequence of Ten Cloud Photographs”. Over the next 12 years, he photographed hundreds of photographs of clouds, thought to be the first examples of intentionally abstract photography.

What is abstract photography?

It is quite hard to tie down a definition of abstract photography or abstract art in general. It could be the use of elements such as shape, colour, form, or lines to create a composition independent of the world’s reality. However, if you search for the Steiglitz cloud photographs, they are realistic depictions of clouds but are lifted away from the landscape and instead use light as the visual language.

As there isn’t an absolute definition of abstract photography (by its nature, it is abstract in its concept) whether a picture is abstract or not is very much in the eye of the beholder. We’ll look at a few examples of ways that you could apply abstract photography. In no way am I going to claim this is a definitive list, but it will give you something to whet your appetite.

A technique used in architectural photography is to isolate elements of a building. The process works particularly well with modern structures with clean lines. I have used the tower block’s angular shapes to work against the clouds’ more random shapes in the example below. The other element that helps the shot’s composition is the contrast between the wall’s light colours and the dark windows. You may also note that I positioned myself so that the sunlight is hitting the front of the tower to create a more subtle contrast with the side that is in the shade. 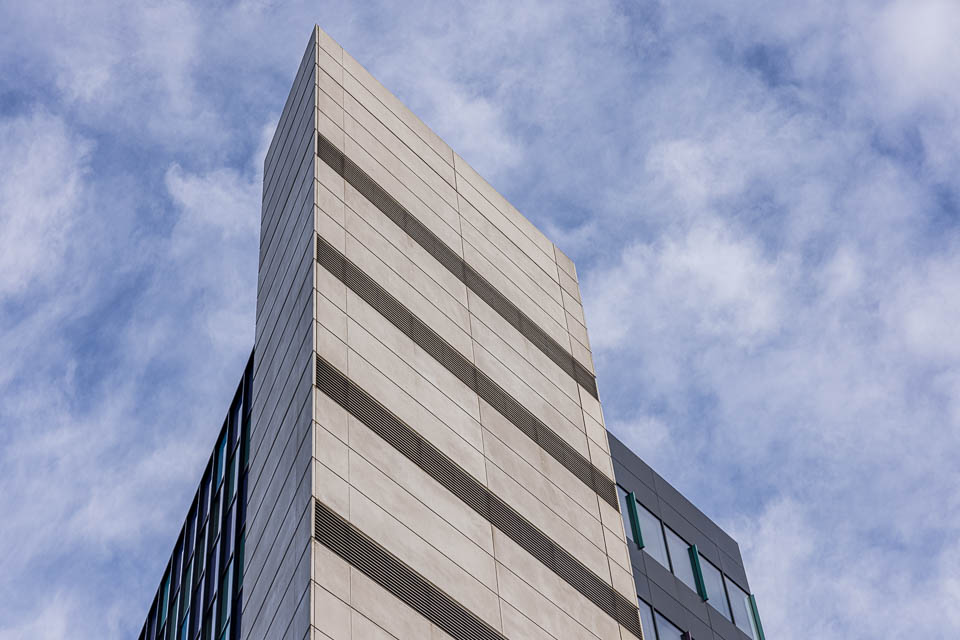 A creative way to display the landscape abstractly is to use reflections to distort and change the image we usually expect. By shooting into the water, we can see that the subject is a block of tenement flats. However, the movement of the river distorts the image we see. I have included two ways of seeing the photograph. Firstly, as it was taken and then flipped it in Lightroom to show it as we would typically see the buildings.

One of the early abstract artists was Mondrian. You will probably know his paintings made up of angular patterns, usually in black with red, yellow, and blue blocks. The simplicity of angular lines also creates interesting photography subjects. In this shot, I have used a combination of colours and textures to add impact to the angular pattern on the wall. It’s essential when shooting these types of pattern images to ensure that the lines are perfectly straight. Remember, you can also use Lightroom to make straightening adjustments if you didn’t quite get it right when shooting. 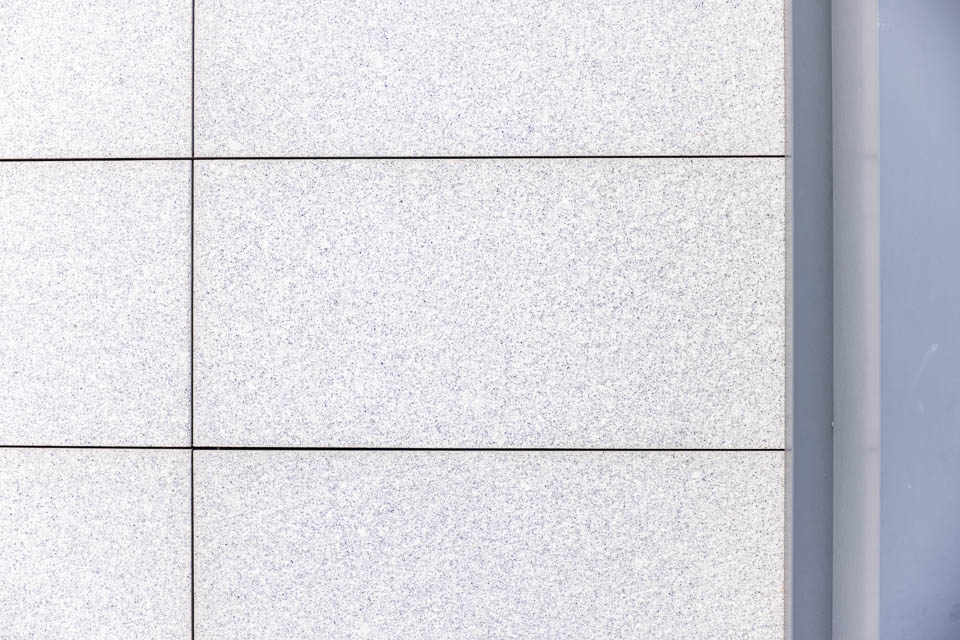 Use of odd and unusual shapes is an often-used technique in abstract photography. Birmingham’s Selfridges Building is an architectural masterpiece and has attracted many photographers. The shell of the structure has reflective circles covering the unusually rounded area. By shooting an element of the building, the emphasis changes from being a realistic representation to something that would cause the viewer to question what they are looking at. 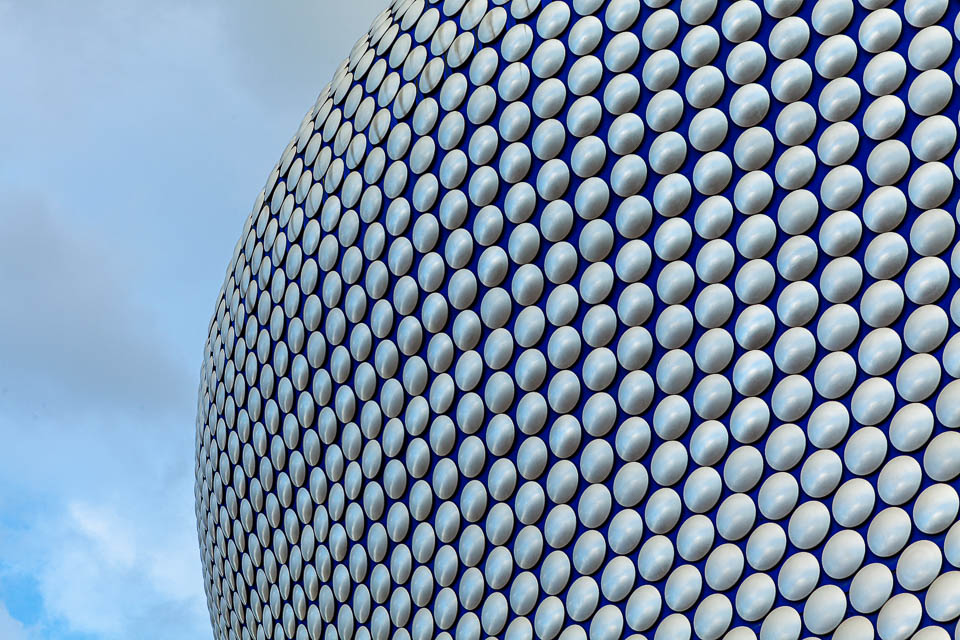 Distorting reality to create an abstract photography image can be achieved by playing with the scale of objects. In the example below, I have created tension between the two buildings in the scene. The building on the left has a strong pattern of small rectangles covering the walls, while the building on the right while appearing shorter has much larger rectangles defining its surface. 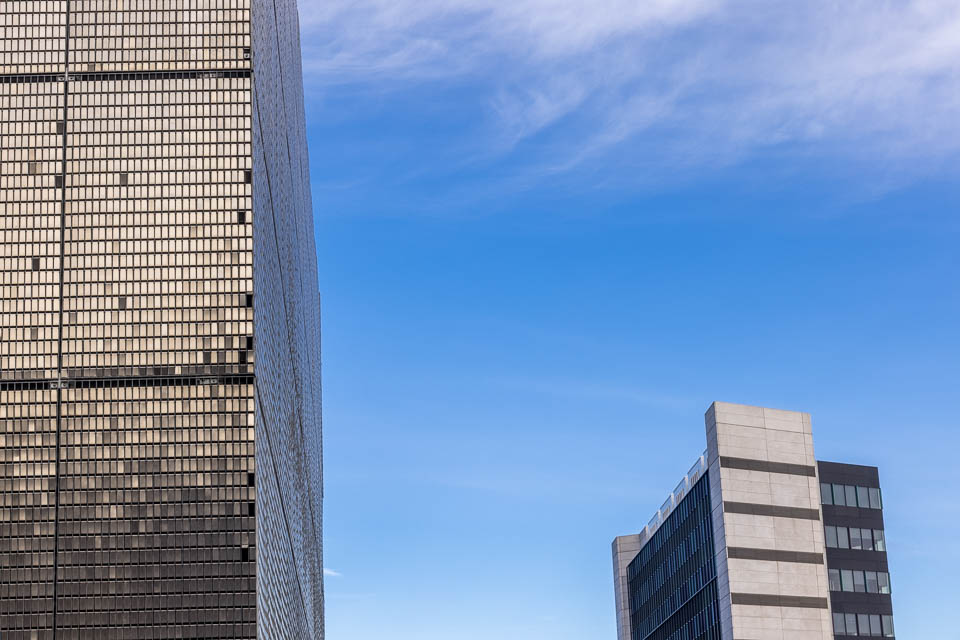 The final two images I am going to use both have the same subject. However, by shooting them differently, we can create two distinct styles of abstract photography. First, we are going to use light and shadow to create a compelling image. We have created a high contrast image by shooting upwards to the ceiling’s round windows and exposing for the sky. However, the curvature of walls leading to the glass and the frame’s angular shape also adds an extra interest element. 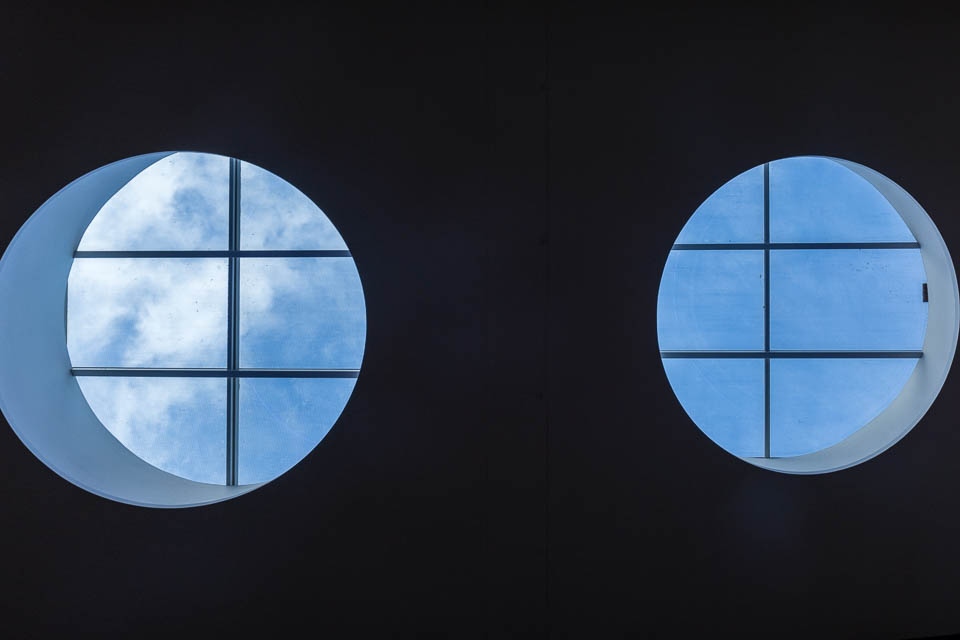 Using the same subject as the last image but shot from a slightly different angle, we can create another example of abstract photography. The circular shapes lead us from the front to back with their repetitive pattern.  However, this time the photograph is exposed for the ceiling, and we see the contrasting shades of tan to dark brown accentuated by the bare white walls. 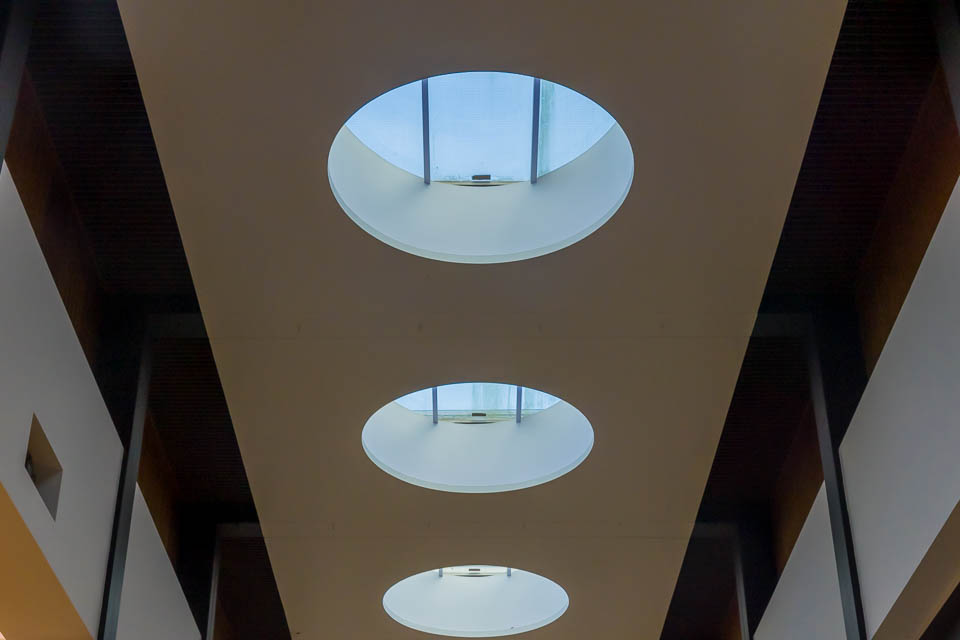 I hope that I’ve stirred the creative juices in you to look at experimenting with abstract photography. If you are reading this in February 2021, there is a great way to get stuck in and try it yourself. I run a Facebook Group to set monthly challenges for the members to post photographs on a chosen them. This month, the challenge is abstract photography, so why not join the group and post your photographs? Remember, these aren’t the only ways to shoot abstract photography so get creative.