As we come to the end of the decade, let’s look back and see how cameras have changed in the last 10 years. 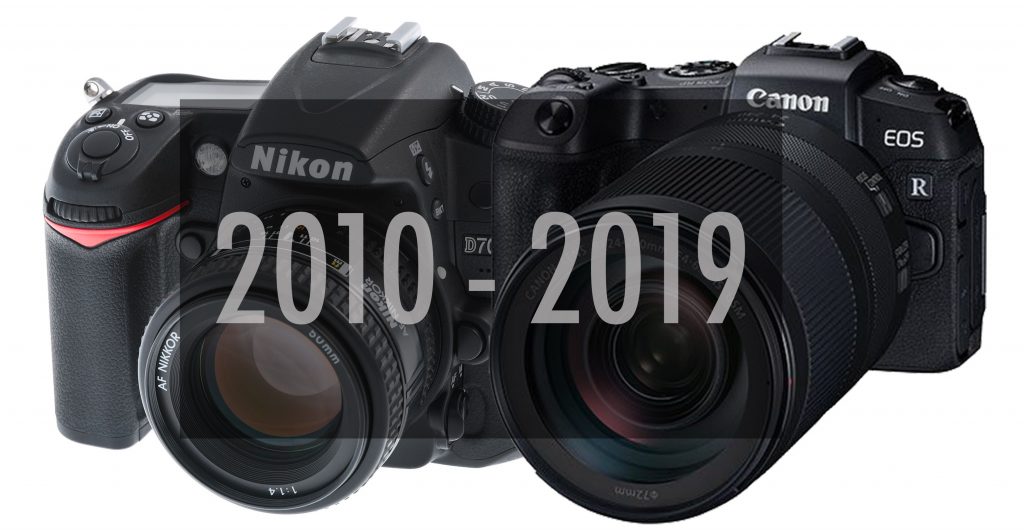 It’s hard to believe that we are coming to the end of a decade. Ten years ago, Rangers had won the Scottish Premiership title, Gordon Brown was in the final months of being Prime Minister and Apple launched a new device called the iPad. With so many changes, I thought it would be fun to see how cameras have developed in the last 10 years.

I’m going to concentrate mainly on DSLR cameras launched in 2010 and compare them to the similar models launched in  2019. The one thing that has remained constant throughout the 10 years is the Manual mode. You can still set the aperture, shutter speed and ISO manually.  If that confuses you, why not come and join the Switch to Manual workshop?

Canon has held onto its market-leader status throughout the decade. Back in 2010, it launched two cameras, the EOS 60D and the EOS 550D.

The 60D was considered an enthusiast camera, slightly more features than the entry-level but not quite pro. It boasted 18.1 mega-pixels and the maximum ISO had been increased to 6400 (expandable up to 12800). The major advancements were an articulating screen and the ability to record 1080p video. 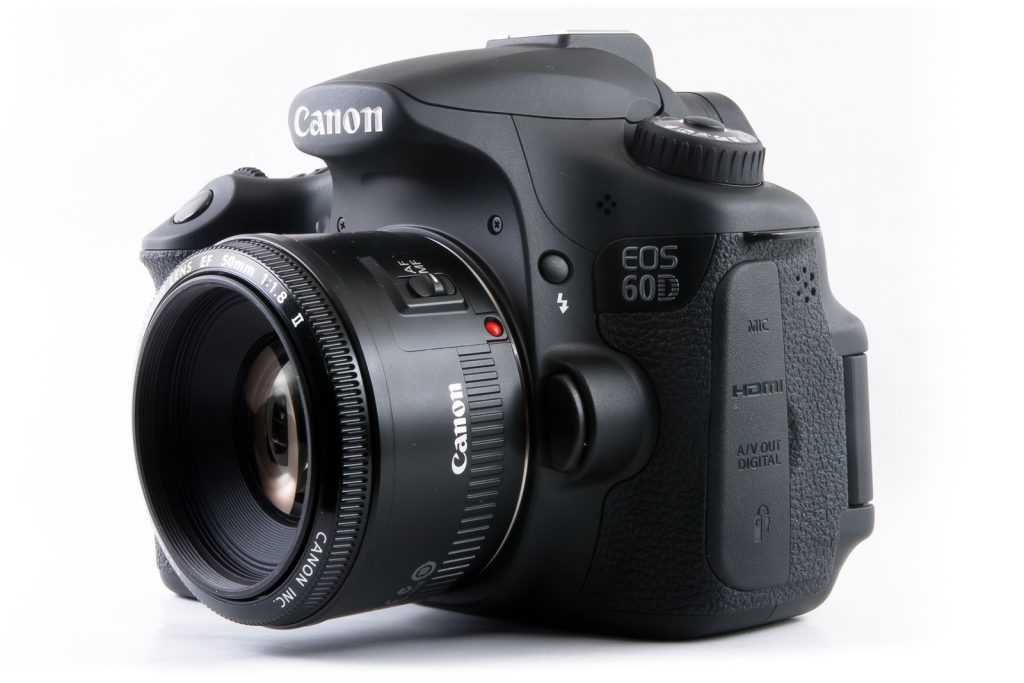 Canon’s 550D was the entry-level camera of the year. It also had 18.1 megapixels, the same as the 60D. It also offered the same ISO and video performance. The new feature for the entry-level market from Canon was the ability to use Live View so you could see the picture you were going to take on the screen instead of looking through the eye-piece.

The 250D is the latest entry-level camera from Canon. It now has 24.1 megapixels. The ISO range has been extended to 25,6000 (expandable to 51,200). In the last 10 years, the major advancements seem to have come in video modes. The entry model can shoot 4K videos at either 25 or 30 frames per second.

Perhaps the major advance from Canon has come with the introduction of a new range of cameras with the RF mount. The EOS RP is the second camera to take these lenses (although you can also use existing EF or EF-S lenses with an adapter). The new lens system was introduced to allow Canon to introduce full-frame mirrorless cameras. The RP has 26.2 megapixels. The ISO range goes from ISO 50 to 40,000 and is expandable up to 102,400. 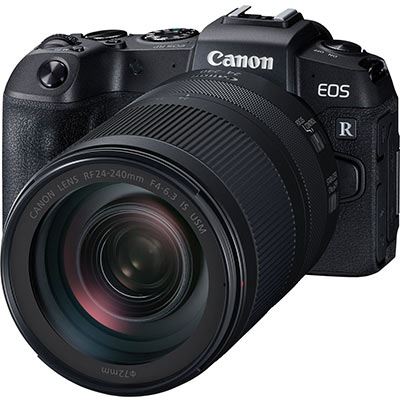 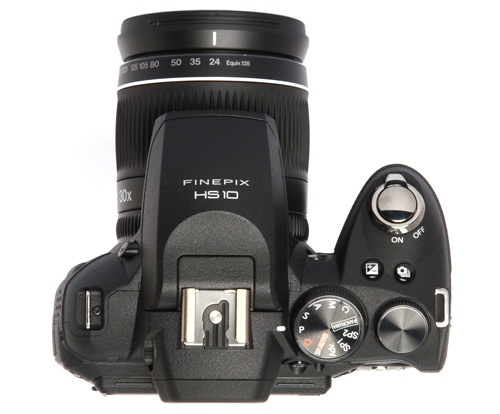 Fuji has seen a resurgence throughout the last decade. Its cameras are now used by professionals and hobbyists alike in contrast to where they were in 2010. The releases from Fuji in 2019 show this with two models, the X-T30 and the X-Pro3.

The X-T30 is a cropped frame camera with 26.1 megapixels. The ISO range is from 160-12,800 and expands to 51,200. In common with most manufacturers, the video performance is 4K, recording at 24, 25 and 30 frames per second. Probably the most impressive feature is the 20 frames per second burst that the camera can take which is great for sports and wildlife photography.

The X-Pro3 has very similar functionality to the X-T30 but with a few changes. The main one is the almost indestructible shell made from magnesium alloy with a titanium base and top plates. The biggest feature though is the ability of the camera to auto-focus in the dark. The specification list suggests that it can focus in near dark conditions. 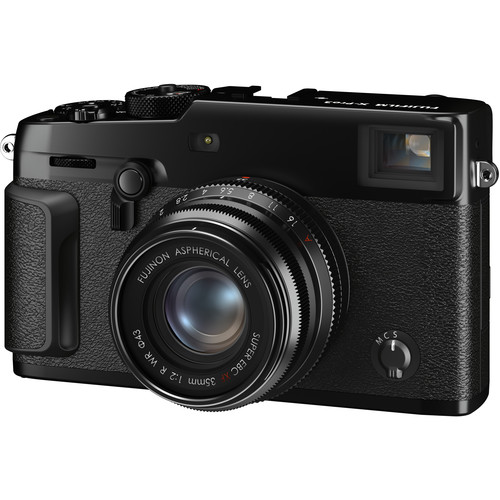 The D3100 had just 14.2 megapixels. The maximum ISO was 3200 but could be expanded to 12,800. It also offered 1080p video recording. The big selling point for the D3100 was an improvement to the sensor which allowed a far greater dynamic range than other equivalent cameras, a feature that was strangely dropped after only being used in this model. 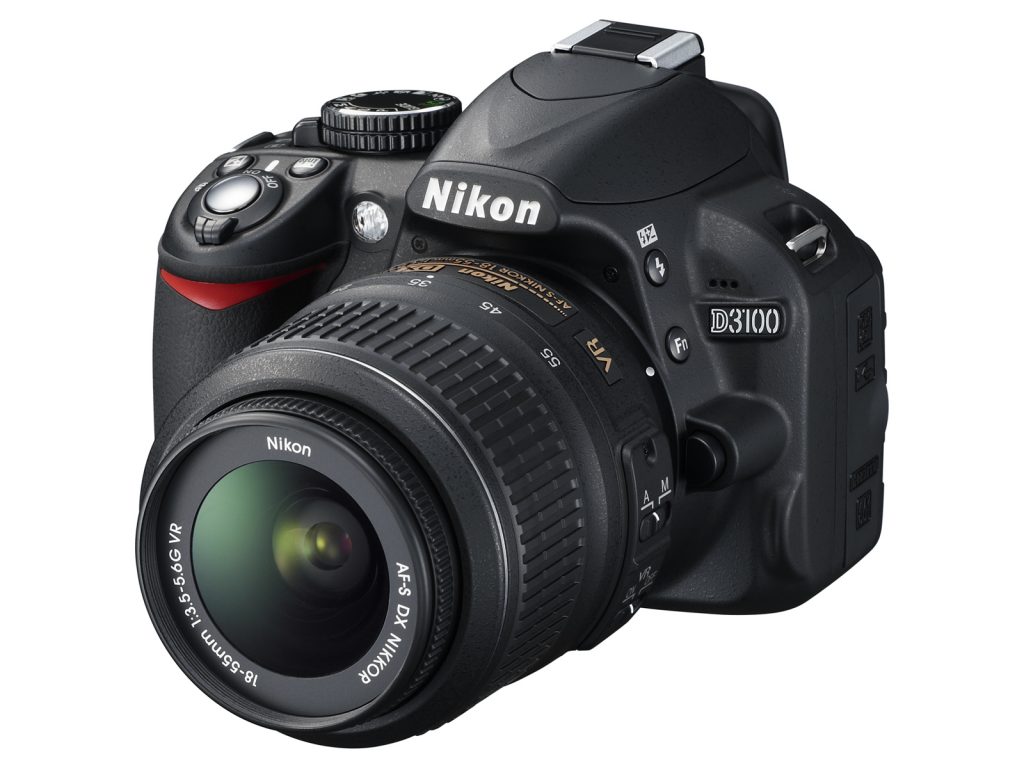 The D7000 camera was considered the market leader in the prosumer camera range and won many awards. It had fewer pixels than the Canon equivalent at 16.2 megapixels but the sensor technology was being recognised to have a higher dynamic range. It had an ISO maximum of 6,400 and could be expanded up to 25,600. It also had 1080p which had by this time become the standard. Probably the biggest advancement was the dual card slot – which was a first for cameras in this range. 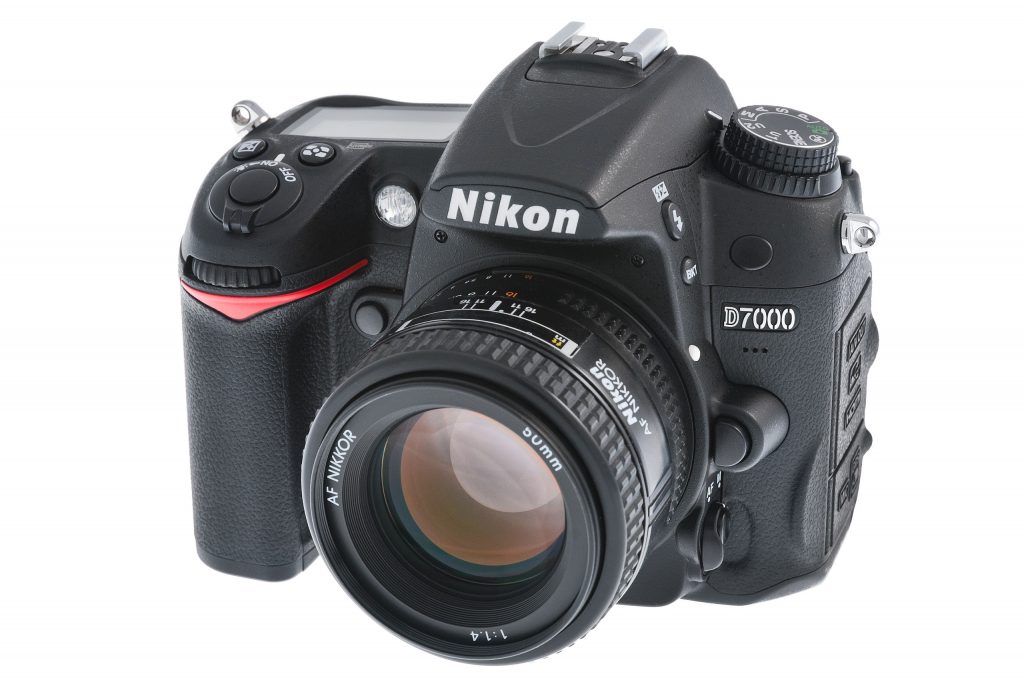 Nikon has only produced one camera in 2019. The Z50 is the first cropped frame mirrorless camera from Nikon. It has 20.9 megapixels and an ISO range to 51,200, expandable up to 204,800 pixels. The video performance, as is the norm for 2019 is 4K video up to 30FPS. The introduction of this camera probably shows that Nikon has made the shift away from DSLR’s to mirrorless cameras as it complements the Z6 and Z7 full-frame mirrorless cameras introduced the year before. 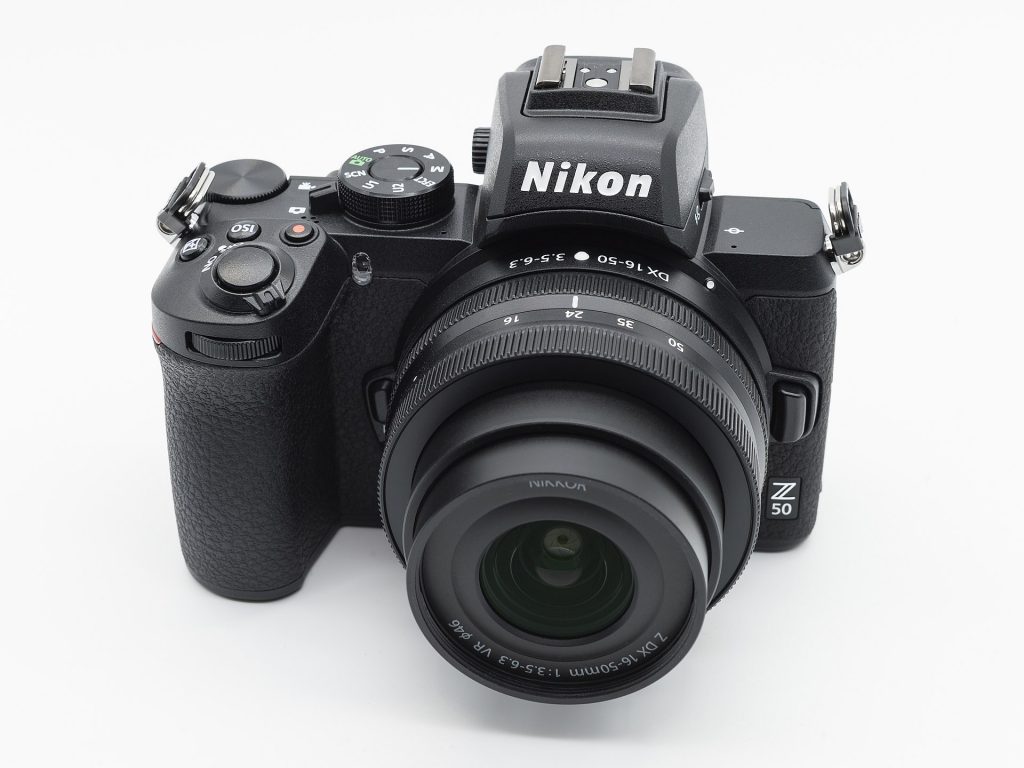 In 2010, Sony was the second leading camera manufacturer. However, until the start of the decade, this was due to sales of the Cyber-shot range as well as the Alpha range which were fixed lens digital cameras. In 2010, Sony launched the NEX-3 and NEX-5 cameras. They both had 14.2 megapixels and an ISO range to 12,800. Somewhat surprisingly, they didn’t offer HD video but the major breakthrough by Sony was the first interchangeable lens, mirrorless camera. Something, Canon and Nikon only just moved into toward the latter part of the decade. 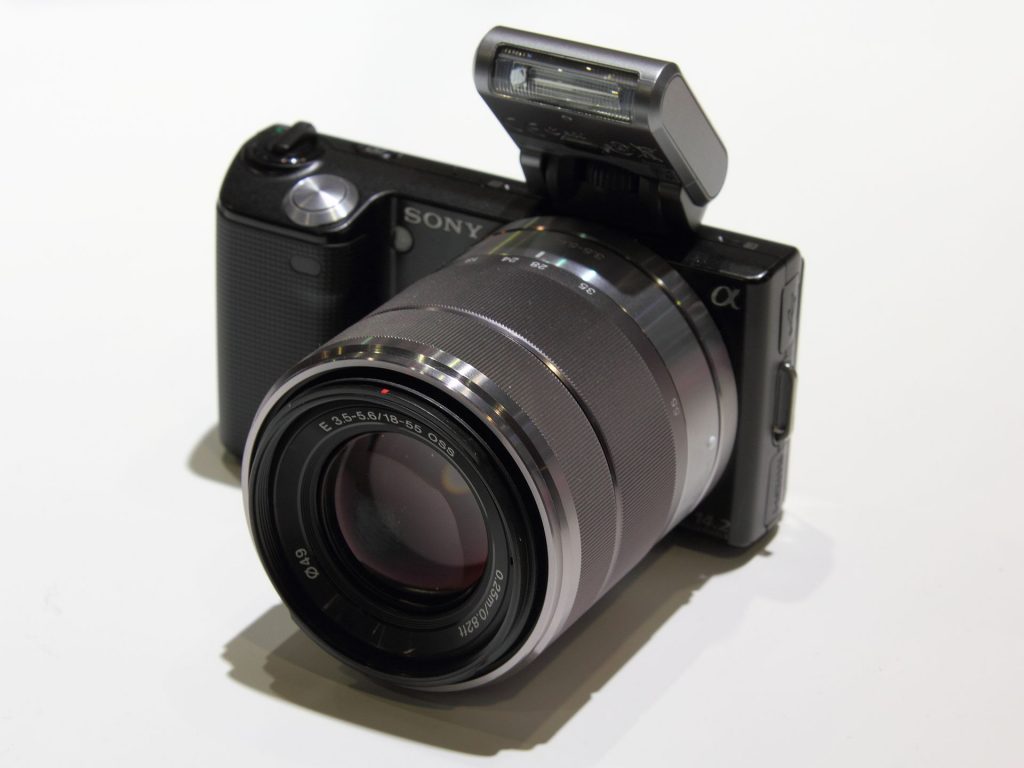 Unsurprisingly, with an 8-year start on the other manufacturers, Sony is now considered at the cutting edge of mirrorless technology. They launched two cameras in the final year of the decade, the cropped sensor a6400 and the full-framed a7R IV.

The a6400 is targeted toward the vlogging community. It has 24.2 megapixels and an ISO range up to 32,000. Its video is as at par with the competitors with 4K video as standard but it also removes the 30-minute limit that most cameras had on recording video. When the camera was launched it boasted the ‘world’s fastest autofocus’ with a lag of just 0.02 seconds. 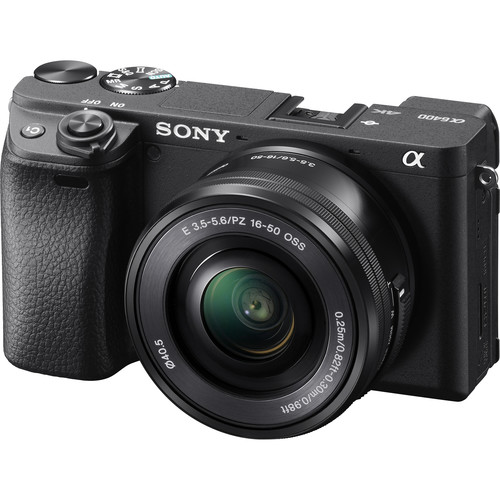 The a7R IV is probably the most advanced camera launched in 2019. The senor is a remarkable 61 mega-pixels with 15 stops of dynamic range. The ISO range is from 100 to 32,000, expanding to 102,400. Video performance is in line with the competitors 4K technology but it also benefits from being the first camera to accept digital audio input into the camera. There is also a Pixel-shift mode within the camera which allows up to 16 shots to be merged together to create 240-megapixel images! 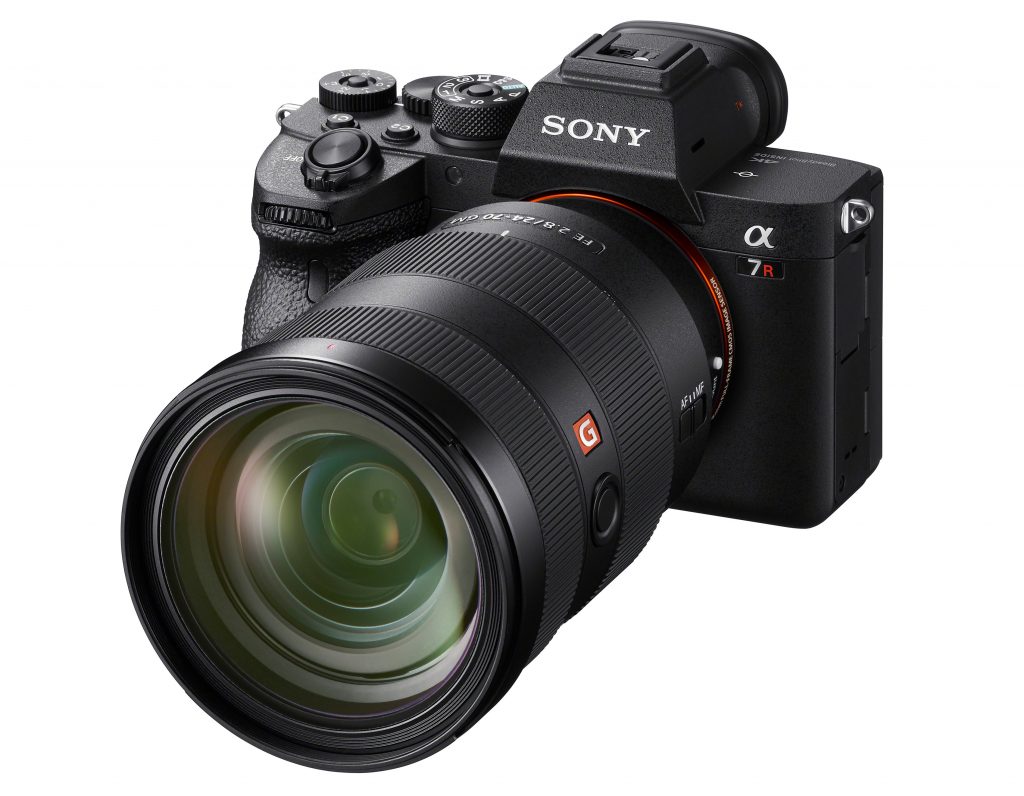 It’s always a bit silly to make predictions on what may happen in the next 10 years. I’ll stick my neck out a wee bit and say that video technology will continue to increase and we’ll start to see 8K video being introduced as standard to cameras.

I suspect that there will also be an increase in the use of Artificial Intelligence. There have been rumours that cameras will start to suggest better ways of composing a shot based on AI. I’m not sure how I feel about this, photography is an art and not all art should be the same as the things that went before it. If it featured in future, I suspect it will be a feature that I’ll be switching off.

As mirrorless cameras continue to push out the mechanical DSLR’s I suspect that we will start to see much higher frame rates for still cameras. The main drawback at the moment isn’t the capability for the camera to take many frames per second but for the electronic viewfinders to display the images without any lag.

I hope I’m here to look back on the blog in December 2029 to see if I was even close to hitting the spot.