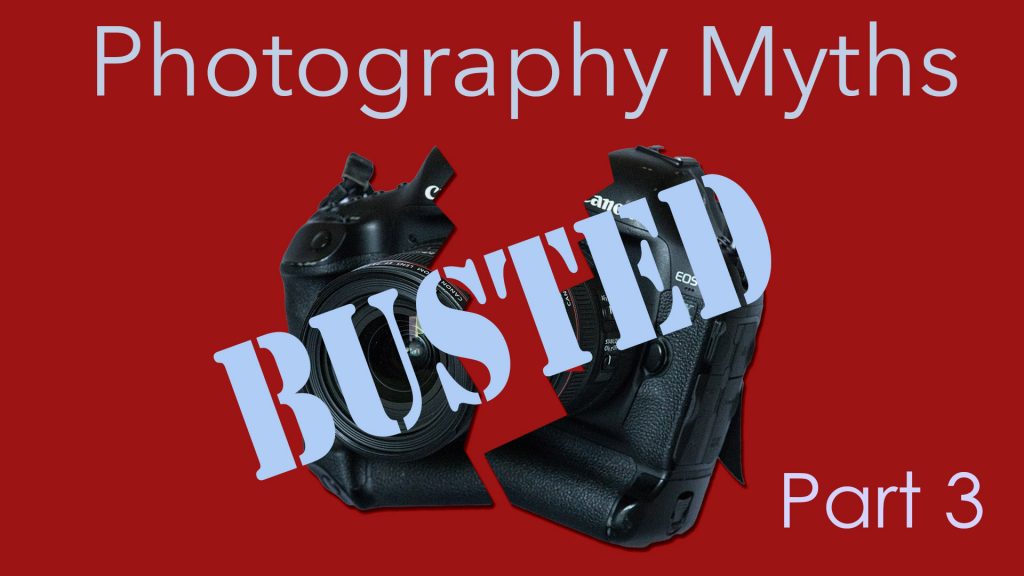 Over the last two weeks, we’ve looked at some views that you will likely hear in photography clubs or read in the pages of specialist magazines. As time has passed and technology has improved, some of these statements are no longer valid. In some cases, the declarations were never accurate, and you could almost say, decided to avoid the law of physics. In this final series of photography myths, I am going to share four more statements that don’t quite hold together.

Focus a third of the way into the scene

I just mentioned the laws of physics, and this is one of the myths that start to challenge what is correct. Lots of photography magazines and many old school photographers will spout the adage that landscape photographers should focus one third into the scene to get sharpness from front to back. Now let me say that in some circumstances this advice does work. A nice pastoral shot across a valley which has all the elements of a good landscape shot, foreground, midground and backgrounds will be sharp across the scene when focusing a third of the way into the scene. 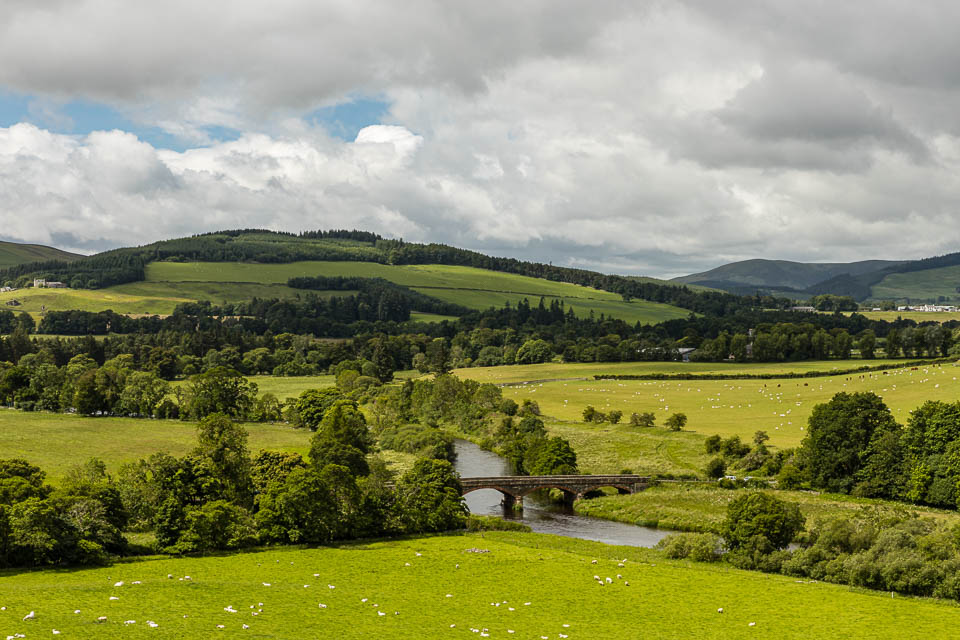 However, one of the tools of composition is to include foreground interest. Very often, photographers will add a boulder or rock close to the camera to draw the eye into the scene. In this case, focusing a third of the way into the scene isn’t going to give the results that you’d expect. I’ll go back to my favourite photography app, Photopills to show why this is the case.  Imagine that we are shooting a scene that has a large rock in the foreground, say 1 metre away. About 100 metres away there’s a castle, and then another 200 metres behind that is a small island. Again, we have a foreground, midground and background, so it’s still got all the attributes of a beautiful landscape shot.

We are going to add some physics now to work out what is going to happen. If we shoot this imaginary scene on a full-frame camera at f/14 at 24mm, we will have a sharp image from 1.33 metres in front of the camera all the way to infinity. Unfortunately, this means that our beautiful landscape shot instead looks soft as the sharp focus hasn’t reached the rock that we’re using as foreground interest.

So how can we get that fantastic shot we have in our head? The answer is by using something that some think is too complicated to explain. Let me challenge another of those myths with this straightforward summary.

“The hyperfocal distance is the focus point which produces an acceptably sharp image from half the distance in front of where you are focusing to infinity.”

There we have it, 26 words that describe this apparently complex process. The good folk at Photopills have given you a straightforward way to calculate the hyperfocal distance. Using the same settings, if we focus 1.37 metres into the scene then everything will be acceptably sharp from 69 centimetres to infinity – our foreground interest is now pin-sharp, and we have the fabulous shot in the bag. 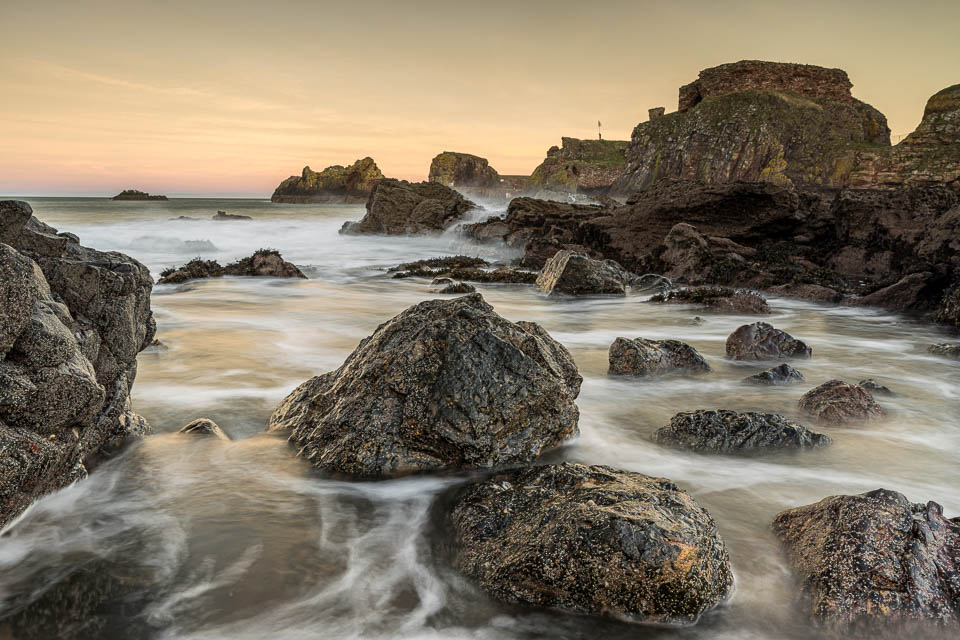 ISO adds light (or sensitivity) to the sensor

You could say that this next of our myths is just a technicality and technically that may be true. Nonetheless, it’s an area of photography that people regularly misinterpret. In the film days of photography, we would buy different speeds of film to allow us to take photos in various types of light. There was an emulsion placed onto the film that had more sensitivity to light as the ASA number increased. The American Standards Authority standardises the amount applied to the emulsion’s sensitivity, hence the term ASA. It’s easy to see that with the accurate definition of film sensitivity, it can be misinterpreted when transferred to digital.

In digital cameras, we don’t have emulsions over the sensor. Instead, we use something in electronics known as gain. This time, it’s the international Standards Organisation that has determined how the impact of gain is measured and gives the snappily titled ISO that we see on the buttons of our cameras.

The amount of light entering through the aperture set by the shutter speed will always remain constant regardless of the ISO we set. The light recorded on the sensor is used by the camera processor to apply a mathematical upscaling of the light, depending on the ISO value set. The well-known issue of noise when using ISO values happens due to the upscaling of the background electrical signals that are caused by the millions of wires transferring the digital signal from the diodes (or pixels) in the sensor to the processor.

Where we can use this information is the way the various amounts of brightness are registered on the sensor. There is more data collected per pixel in the brighter part of an image than there is in the darker areas. That’s the reason that we see more noise in the more shaded areas of a photograph taken with high ISO values. If you remember, last week’s blog where we discussed exposing to the right we can use this to get less noisy images even with high ISO values. The more data moved to the right of a histogram will result in less noise in an image.

When I was in Namibia in 2018, I had the privilege to photograph a mother in child inside a dark mud hut. Initially, I shot the scene with the light meter set at zero. I had to use an ISO of 2000 to achieve this (left image below). Later in the shoot, I switched to exposing to the right, which, to retain a useable shutter speed resulted in an ISO at 4000 (right image below). The expectation would be that there would be much more noise in the second image. Because there’s more data on the highlights side of the histogram, there’s less noise in the ISO 4000 image than the ISO 2000 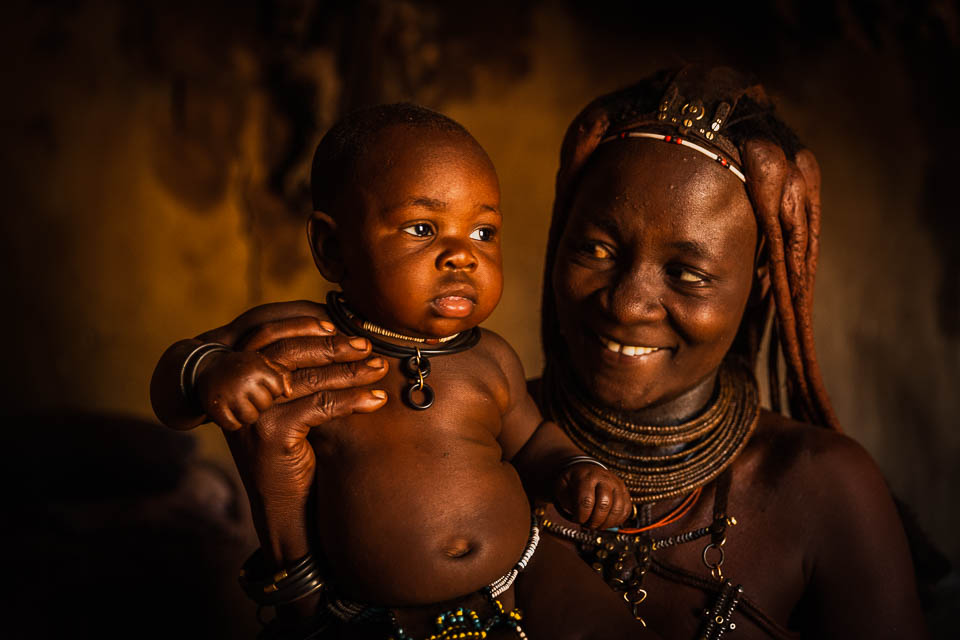 My first DSLR was the Canon 350D. At the time, one of the major selling points was the eight-megapixel sensor. However, at the time it felt like a step back from the Fuji Finepix bridge camera that I’d been using until that point which had twelve-megapixels. The reality was that I got a much better image quality from the DLSR than I did from the bridge camera. At the time, I believed it must have been the lens, the fact it’s a detachable lens or some other magic dust that Canon sprinkled onto the camera.

We get blown away by the number of pixels a camera has. Canon is lauding the 45 megapixel R5 at the moment. It’s a fantastic camera, but that’s the case not because of the number of pixels but the size of the sensor. Remember, a pixel is just one of the many diodes that sits on the sensor with the job of recording how much light is hitting it. Let’s take two imaginary cameras, both with twenty-megapixels. If the sensor size of one camera is twice the size of the other, then the individual pixels will be twice the size. Twice the size means it captures twice the amount of light and gives better performance.

You could build a much bigger camera with really enormous diodes and get superb quality photos. We also want cameras that are small and light enough to carry around without needing a cart to take them. The clever bods at the camera manufacturers are developing all kinds of smart ways to increase the size and sensitivity of the pixel while keeping the physical sensor size smaller. The take away from this is megapixels aren’t everything and don’t be taken in by that number alone. The sister camera to the Canon R5 is the Canon R6. The sensor is the same size in both cameras, yet the R6 only has 20-megapixels. The ISO range is higher in the cheaper R6 because the pixels are bigger and can suck in more light. Once I get to play with these two models, I can look side by side to see if there’s any difference in the picture quality.

Flash is for the dark

The onset of mobile phone photography has added to this common of myths. When we are on a night out (remember those days when we could have groups in a nightclub?) someone will get out a mobile phone to take a photo, and there’ll be a blast of LED light. Usually, it’s a rubbish photo, often caused by the consumption of alcohol, and everyone’s faces will be horribly over-exposed.

We shouldn’t think of a flash as a way to add light; instead, it’s a way to enhance light by controlling the amount and intensity to make a compelling photograph. Using a strobe outdoors can be even more important than using it indoors. Depending on the available light, an outdoor portrait without flash can result in dark shadows in the eyes (left image below). Adding light to fill in some of those shadows can lift the shot from good to great (right image below).

Over the last three weeks, I’ve shared quite a few tips or techniques that go against conventional wisdom. In no way are these ten myths, the only ones that exist. If you’ve got more to add then, please add comments below. It would be great to see what else is stopping photographers from achieving their best shots.