Adobe Lightroom 8.4 update has added the functionality to output files as a PNG file. Does it improve your social media posts? 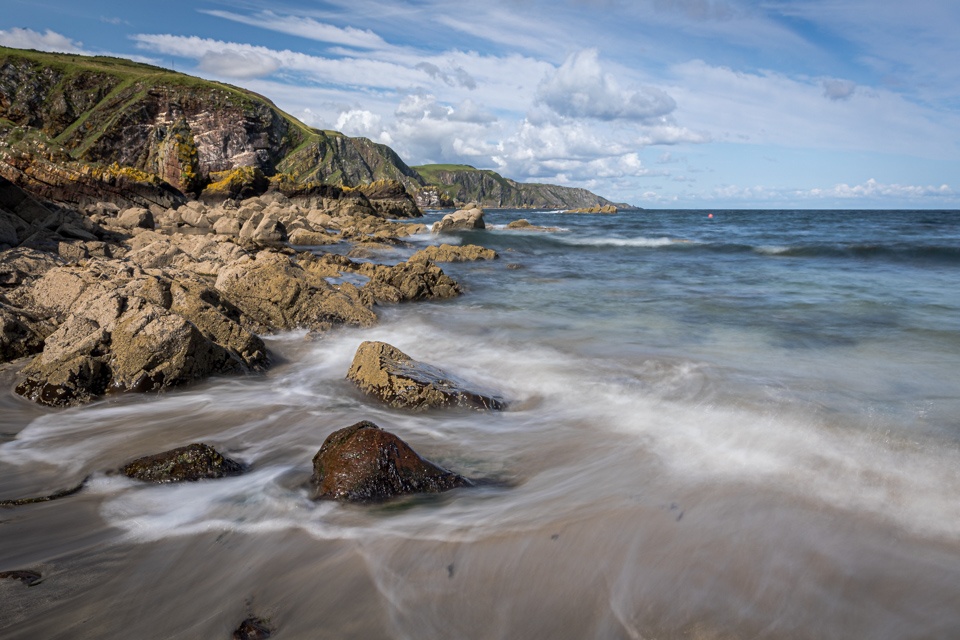 In the latest update to Adobe’s Lightroom Classic, it’s now possible to output your images as a PNG file. PNG (Portable Network Graphics) files use a compression method that is lossless in terms of the graphics data. Prior to this update, if you wanted to share your images to social media, you would create a JPEG file. However, JPEG’s use a compression method that is lossy which should mean that the output for a PNG file should be better than a JPEG. To put this to the test I’ve carried out a few tests to see if this new update is going to make your photographs ping.

Creating a PNG file in Lightroom

Once you have updated to the latest version of Lightroom, the option to create a PNG file is in the export module. Click on the image you want to output and right-click then take the option Export. Alternatively, you can use Shift+CMD+E to bring up the module. In the File Settings section, the Image Format dropdown now has PNG as an option. 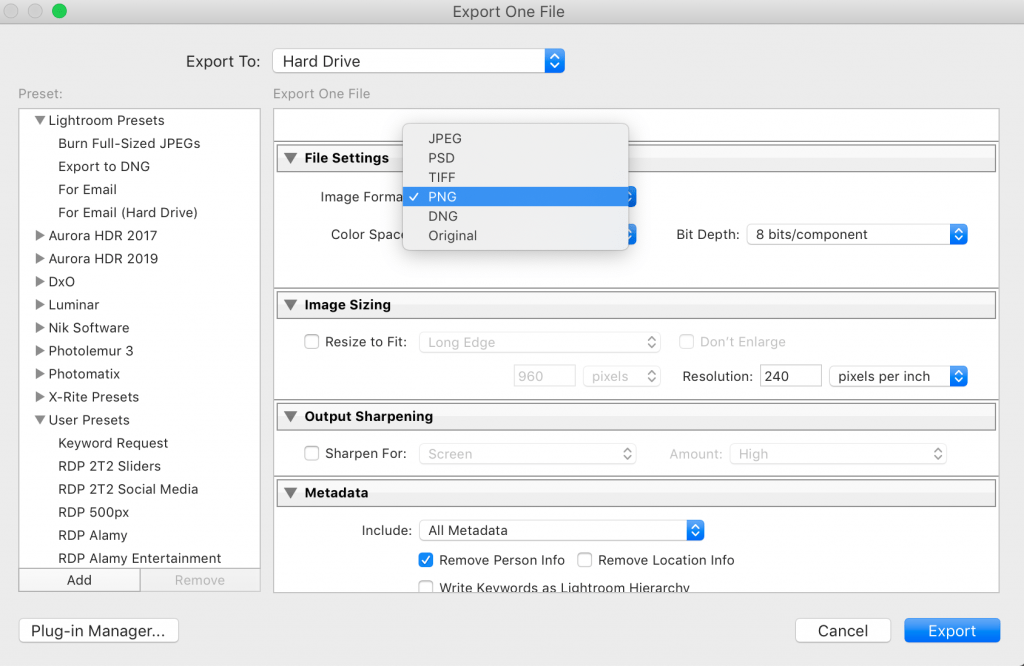 The first test I tried was on my personal Facebook account. I posted the two images below and asked my friends to let me know which of the two images they preferred. This was a totally blind test with no indication in the initial post as to why I was asking the question. The results were quite interesting. 34% of people who responded thought the PNG file was best. 41% preferred the JPEG option. The remaining 25% saw no difference between the two images. Take the test for yourself and I’ll let you know at the bottom of the post which image is the PNG and which is the JPEG.

The first test is very much a qualitative test. When I’m comparing two things I also like to use a quantitative approach. The best way of doing this is by comparing the histograms of the two output files to see where the differences are. The image on the left is the histogram of the JPEG and on the right is the PNG.

It’s easy to see why so many people thought there was little difference between the two images. The shape of both histograms is very similar. However, there are some differences when we look closely. The JPEG file has slightly more intensity in the mid-tones with slightly higher peaks in the red, green and yellow channels. The PNG file has a slightly higher peak in the highlights which is mainly in the blue channel. The brightness histogram (shown in grey) also increases in intensity in the JPEG image.

PNG or JPEG – which is best?

Based on these two very simple tests, it would appear that the JPEG output from Lightroom gives better results than a Lightroom PNG output. In the blind test, there were marginally more people who thought that the JPEG was better. In the histogram test, there does appear to be overall more intensity of colour in the JPEG image. Did you see a difference in the two images above? The image on the left was the PNG image and the JPEG on the right. It would be great to receive comments on which you thought was the better image by dropping me a mail.

The image I used for the test was taken during a Landscape and Seascape workshop using Kase Filters. The September and October sessions are already fully booked but places are available later in the year if you’d like to join me. You can also sign up for the Edinburgh Photography Workshop monthly newsletter where you’ll get regular updates on interesting things happening in photography and some great tips. Sign up by clicking here.