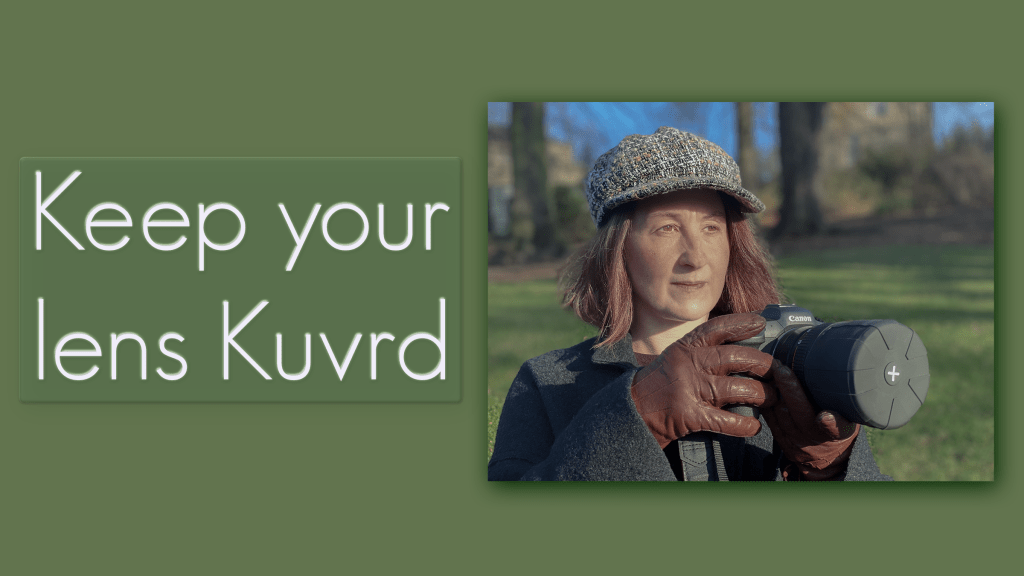 A few weeks ago, we were sent a couple of products by Ohio-based Kuvrd. Let’s clear up the strange name to start. It’s pronounced ‘covered’, which is exactly what their first product did. The Universal Lens Cap was launched in 2017 and now has a second iteration which comes in more specific sizes. Kuvrd also funded the second product sent to us through Kickstarter, the Universal Lens Hood. I’ve had a good few weeks to try them both out.

Whenever I am trying out a new product, I’ll always question what problem the product is solving. Lens caps have had issues for me. The mechanism on most lens caps can easily get triggered. They’ll either fall off in the camera bag or, even worse, drop on the floor and roll several metres away. One can lead to marks getting on the lens, and the other can look unprofessional!

The solution from Kuvrd is, as many useful inventions are, quite simplistic. There are two products available. The Micro fits lenses from 54mm to 76mm and the Magnum, designed for 72mm to 122mm lenses. The micro size fits the camera mounting end of the lens too. The rubber design means that you can stretch the caps over any lens, even when using circular polarising filters on the lens. Because of the design, they create a tight seal around the lens that will protect the glass in wet or dusty conditions. 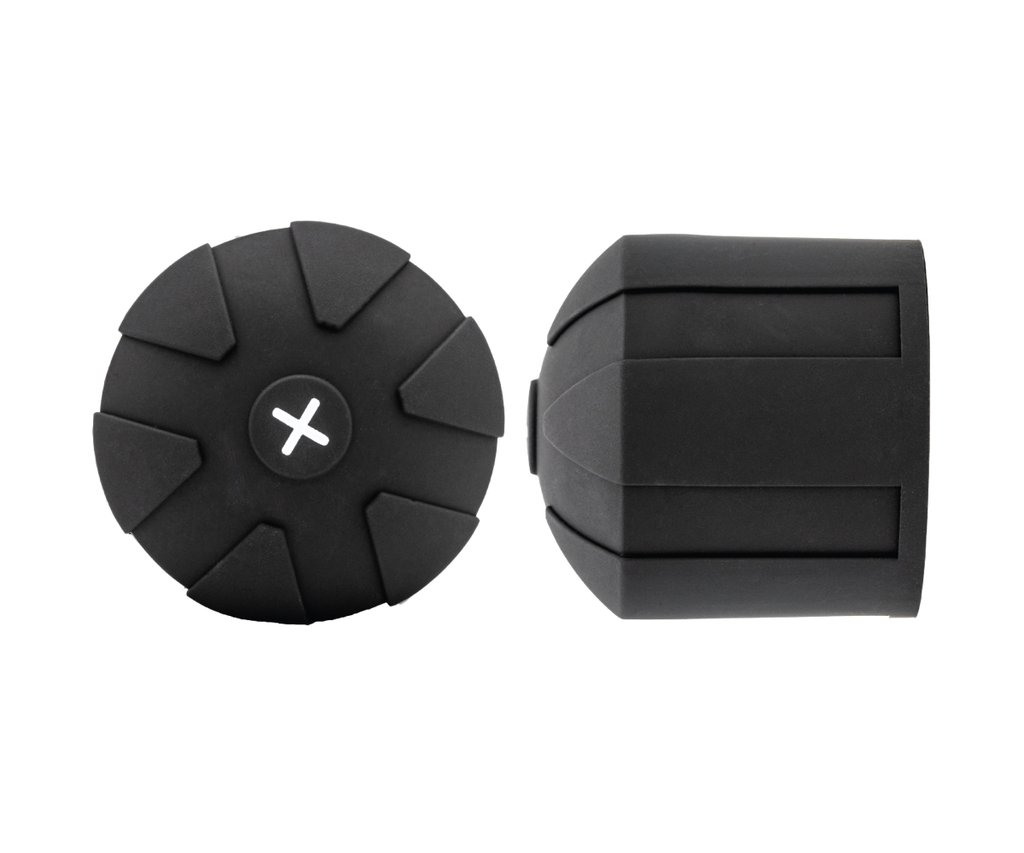 I found the caps easy to take off. There was no difference in the time taken to be ready to shoot using the Ultimate Lens Cap and a traditional lens cap. It does take slightly longer to stretch the caps back on the lens. It does help if the camera is either around your neck or on a tripod – it’s a little more difficult if you’re putting the cap back on one-handed, although you can do it!

Overall, this is a great little addition to the camera bag. It does the job that it is intended for and does it well. The company are in the US, so all prices are listed in US Dollars. The Magnum and Micro caps are from $25 with a bulk discount applied as you buy more, bringing the price down to $15 each if you buy ten or more. There’s also a pack of two Magnum and two Micro caps that replaces the front and rear lens caps available at $75. I’ll certainly be continuing to use the great caps following the trial.

The second product sent by Kuvrd is their Ultimate Lens Hood. My first issue with this is that I reviewed a very similar product in both name and design almost precisely two years ago. The two-year-old product was solving the problem of shooting through glass, and it did it well. The Kuvrd version is taking that concept a stage further to give an all-round replacement lens hood.

The issue with lens hoods is that, like lens caps, can easily be dislodged and fall off. However, there are other reasons for having one on your lens. They’ll prevent flare in you photos through light coming from the side of the lens. Secondly, they give some protection to the front of the lens, stopping knocks damaging the glass.

Where I think the Lens Hood doesn’t deliver quite as well as the lens caps is how it works to prevent flare. I hoped that with the wider aperture at the front of the hood, would allow a wider angle lens to avoid flare entering from the side. Unfortunately, even with a 24-70mm lens, there was a noticeable vignette seen at the edge of the shot at 24mm. 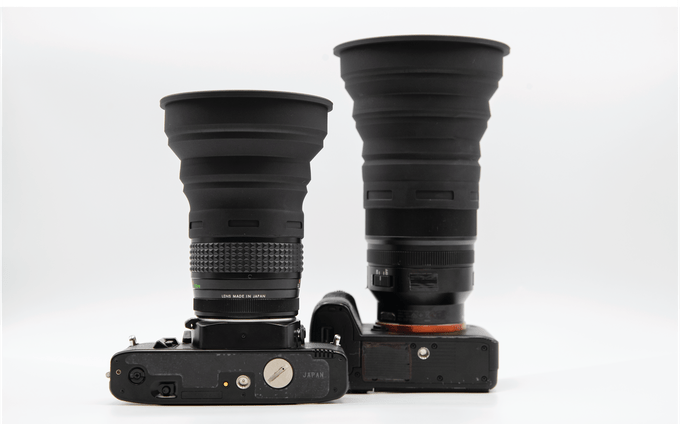 I queried this with the manufacturer and, in fairness, gave a reasonable solution which was to pull the hood further down the lens. It stopped the vignette issue but also reduced the amount of flaring that could be controlled.

Pulling the rubber further back created a second issue. The zoom and focus ring, as well as AF/MF buttons and Image Stabilisation buttons, were covered up. Again, the manufacturer provided a solution that the rubber could be peeled back to gain access to the controls. While this is also true, I found that it was easy to have set the zoom on the lens, only for it to move slightly after pulling the hood back down the lens.

I do think that the Kuvrd version does a slightly better job than the device reviewed back in 2018. However, I’ll need to carry on seeking a hood that can help remove flare at extreme wide angles. The last Ultimate Lens Hood scored seven out ten. This one does all the same things and a little more besides so it’s a solid eight of ten for Kuvrd’s Ultimate Lens Hood.

The hood is available for pre-order from $45.

We are going to have an extended period of lock-down so it would be great to have suggestions for blog-posts that you would like to see. Don’t forget; I have set up a Virtual Classroom on the Edinburgh Photography Workshop website. You can book a personal one hour webinar to help you with any aspect of your photography, including camera advice, Photoshop and Lightroom tips or portfolio reviews.

If you’d like to buy one of my limited edition prints, they are available at richdysonphotography.com