Get artistic with intentional camera movement 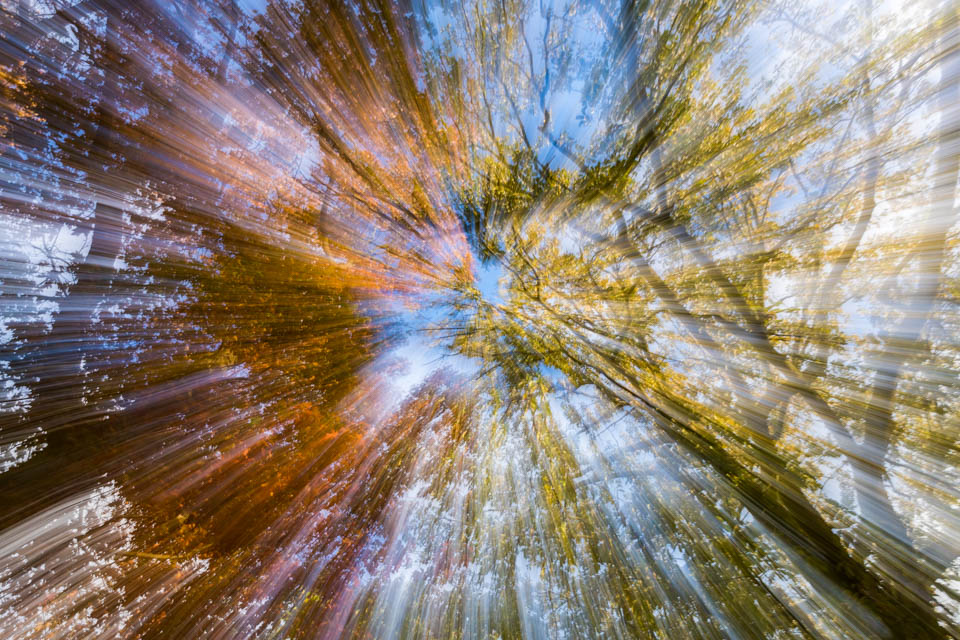 Most of the time photographers are really keen to have ultra-sharp images. Shutter speeds usually need to be fast enough to capture movement. Alternatively, using a tripod will ensure that the camera is steady to capture a landscape in exquisite detail. This week we are going to look at a simple technique that does the opposite. Intentional camera movement can deliver a painterly photograph by ignoring the usual rules.

This is a great effect to use when you’re by the sea. On a beautiful sunny day, you’ll see at least three bands of colour as you look out from a beach. The golden sands lit up by the sun. The deep blue of the water. Finally, the paler blue of the sky adds a third band.

You can create a water-colour effect in these conditions by setting the shutter speed to around 1/8th of a second. When you press the shutter button move the camera quickly in a horizontal movement. The result is an abstract selection of colours, obviously taken by the sea, but with a more artistic feeling than a straight shot of the scene.

In order to achieve the slow shutter speed, I closed down the aperture to f/22 which was enough to get the correct exposure. If the light is still too strong, then using a 1 or 2 stop ND filter will help to get the light meter set to zero. 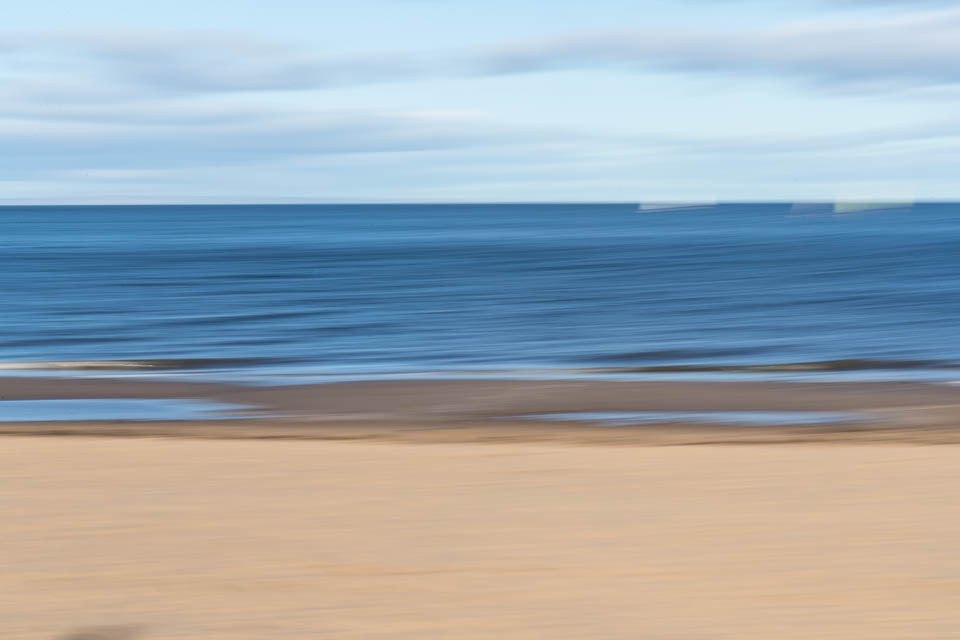 In this shot, taken on a Seascape and Landscape workshop, we slowed the shutter speed down to 1 second. The movement from top to bottom could then be much slower. As a result, the trees are still identifiable but the various twigs and leaves create that arty effect. 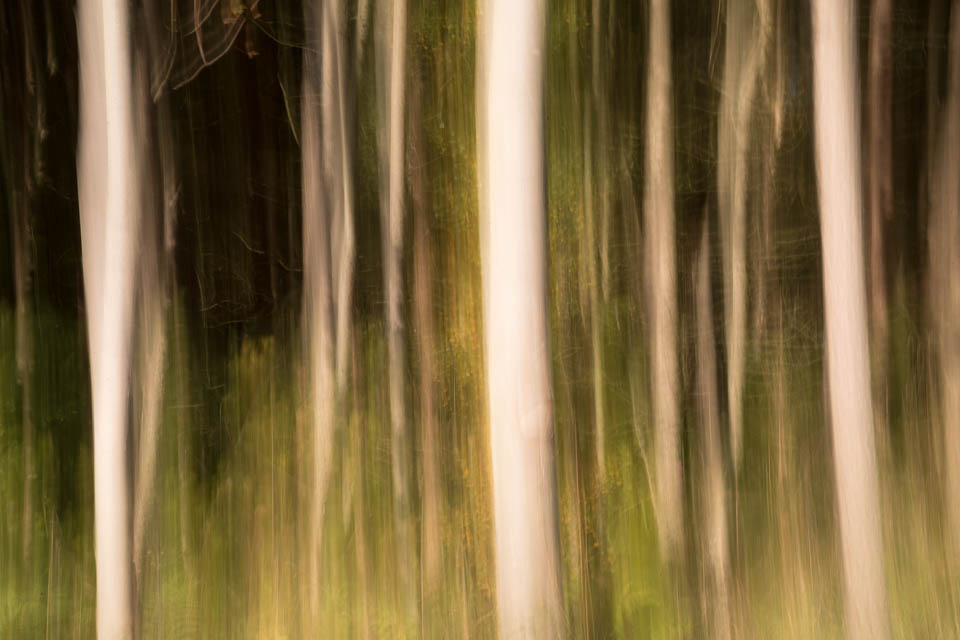 Trees are again a great subject for this. However, instead of shooting the trees straight on, we are going to point the camera upwards. It’s quite nice to leave a fraction of a second for the camera to pick up some of the subject in the exposure time. Rotate the zoom of the camera during the remaining part of the exposure. This gives a really interesting effect as if these trees are rushing toward or away from us, depending on if you zoom out or in.

The two shots below were taken at 0.6 seconds and used a Kase Circular Polarising filter to achieve the exposure time using an aperture of f/22. The result gives a real sense of motion as we look up into the autumnal colours of the trees. The image on the left has the camera being zoomed from a wide-angle to a long angle. The image on the right is the reverse zooming from long to wide.

There’s no right or wrong way

The fun thing about intentional camera movement is that the results are totally random. It will never be a repeatable process. Therefore, you can experiment to your heart’s content to get different results. You could move the camera diagonally, rotate it in your hands (as in the image below), maybe even throw it in the air! 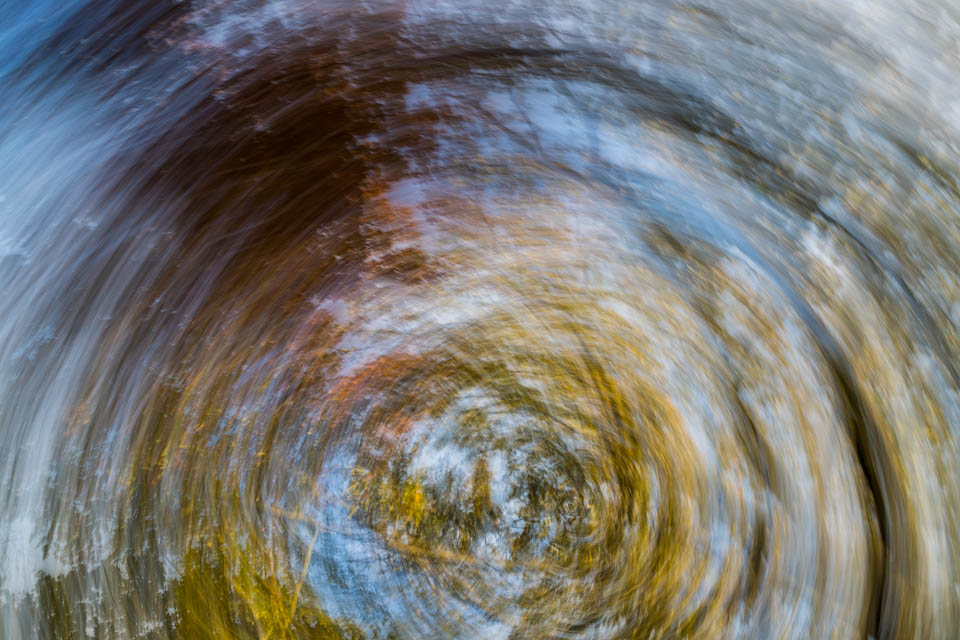 It would be great to see the results of your efforts. During November 2019 the Edinburgh Photography Workshop Facebook Members Group will have a challenge all about intentional camera movement. Sign-up to the group and you could take part in the challenge.

If you’ve got any questions or comments, leave them below. You can also sign up for the Edinburgh Photography Workshop monthly newsletter where you’ll get regular updates on interesting things happening in photography and some great tips. Sign up by clicking here.