Has Canon and Nikon forgotten that beginners want to use mirrorless cameras too? 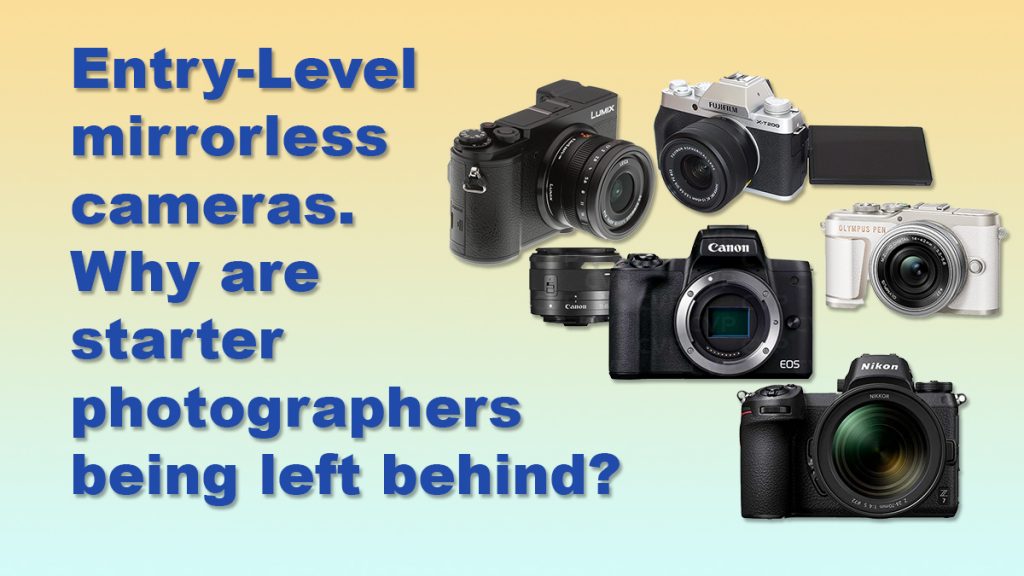 Around this time of the year, the major camera manufacturers start to announce new models. 2021 has proven to be no exception. On April 14, Canon announced the development of the R3 camera – all we know so far is it will have 30 fps shutter speed and a new (to Canon) stacked sensor. It is a camera targeted at professional photographers and will, no doubt, have a price to match. A month earlier, Nikon announced the Z9, which is also firmly targeted at the pro-market with another stacked sensor and 8K video. Back in January, Sony announced their most advanced camera to date, the Alpha 1. At £6,500, it is not for the entry-level market. It begs the question, when will beginners see new mirrorless cameras that are going to help them get shooting?

What entry-level mirrorless cameras are available?

Most beginners who contact me for advice on buying their first ‘proper’ digital camera quote a budget of around £500-£600. It is the price point that someone will pay if they aren’t too sure to pursue the hobby further. At the moment, Canon and Nikon don’t satisfy this need in the mirrorless market, or at best, pay lip service to this end of the market. However, it would be wrong to suggest that there aren’t entry-level cameras available for the beginner. They just come from different manufacturers.

The GX9 is a relatively old camera. Launched in 2015, it is a good choice for the beginner, offering a 20MP sensor and an ISO range up to 25,600. It also hits the price point with a bundle available from Park Cameras at £549. It includes the camera body and a 12-32mm kit lens. The downside of the Micro Four Thirds lens mount system is that there are limited options available to buy additional lenses. As a result, the cost of lenses is relatively high compared to the quality you’re buying. 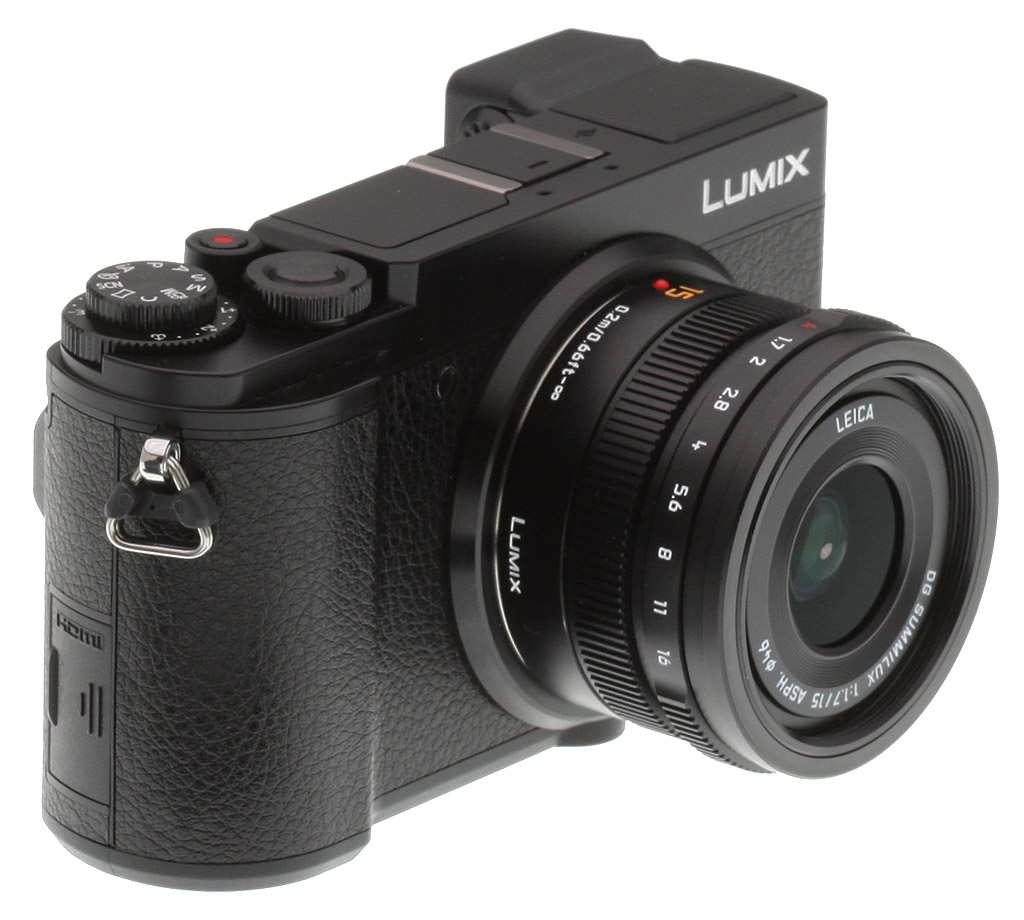 Fujifilm has been one of the first manufacturers to embrace the mirrorless market. The X-T200 launched in January 20202 and offers a 24MP sensor, wifi connections so that you can see your photos on your mobile device and impressive eye-detection auto-focus. It is at the top-end of the entry-level market pricing, with a body and lens package coming in at £749. I have had quite a few attendees on my Switch to Manual Workshop using this Fuji and its predecessor. The issue they seem to have is that while the retro looks appear attractive, the combination of dials to change shutter speeds and ISO can be pretty challenging for a beginner. 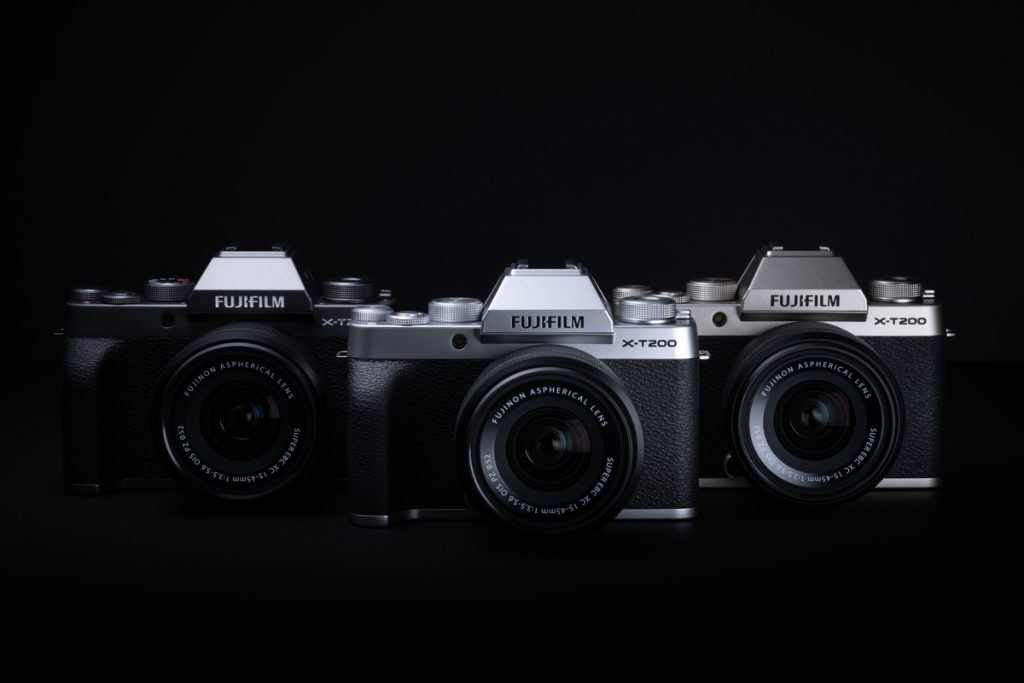 Like the Panasonic Lumix cameras, the Olympus Pen also uses the micro four-thirds lens system, so it has the same issues regarding availability and cost of lenses. It features image stabilisation which many competitors don’t, but it is lacking in the quality of sensor and auto-focus options. It’s priced at £649, so it is again toward the top-end of the entry-level camera budget. 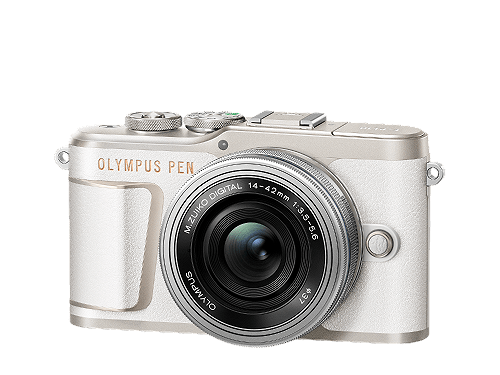 What do the more significant manufacturers offer?

Of the big three camera manufacturers, Sony is most engaged in the mirrorless market. The Sony NEX-3, introduced in 2010, led the way, and there are nearly 40 different mirrorless models released. The camera that Sony could claim to be entry-level is the A6100 which is around £750 for a body and kit lens package. As a result of the long association with mirrorless, the A6100 is a really good option for a beginner photographer, albeit a little pricey. The significant advantage is that the lenses used on the A6100, Sony’s E-Mount, are used on the top of the range Alpha 1. It isn’t something that Canon could legitimately claim.

Canon’s budget mirrorless offering is the M range. You can pick up the Canon M50 with a 15-45mm kit lens for around £700. There has been some kind of M range camera since 2012, but in honesty, it just seemed to be put out to show Canon hadn’t forgotten about mirrorless. The cameras use specific EF-M Mount lenses, and there are only eight lenses from Canon and a further seven from third-party manufacturers. To confuse the buying public, Canon also launched the RF lens system for use on its professional mirrorless range, including the R5, R6 and just announced R3. I think it’s a miss from Canon that they don’t have an entry-level offering that would allow a beginner user to progress through the range using the same lenses as their skills improve. 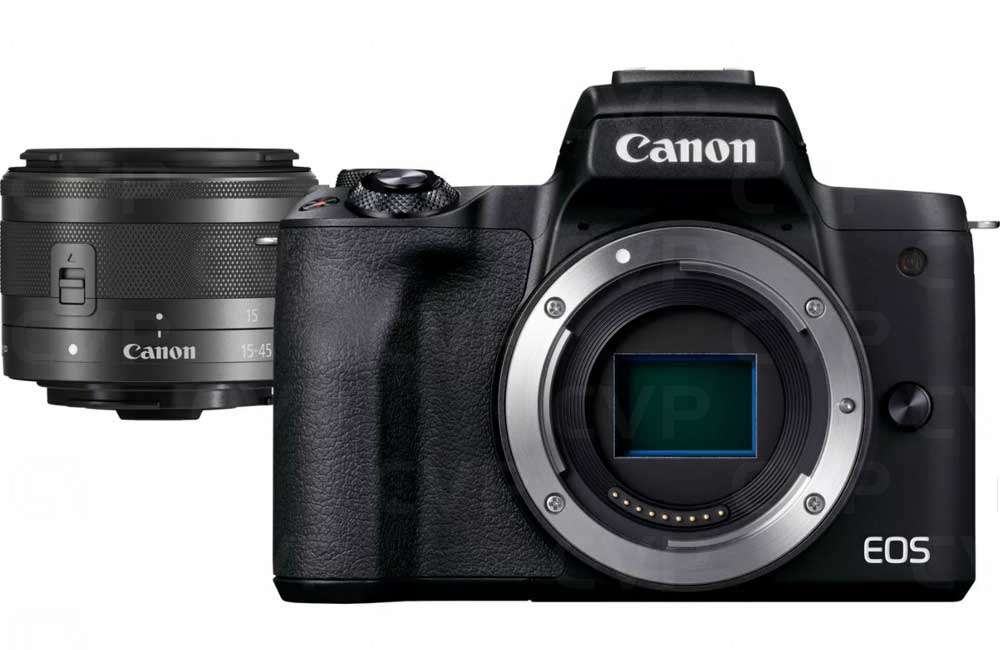 Nikon’s entry-level camera is the Z-50, launched at the end of 2019. It is at the very top end of the entry-level budget, with a body and kit lens package costing about £870. The Z-mount lenses are the same ones used on the professional mirrorless cameras, including the just-announced Z9, which is a positive compared to the Canon upgrade path. The reviews at launch criticised the Z-50 with poor auto-focus performance, lousy battery life and the lack of image stabilisation. It appeared that Nikon rushed out a mirrorless offering after recognising it was behind its two rivals. At the highest price point, the Z-50 isn’t a camera that I could recommend to a beginner photographer. 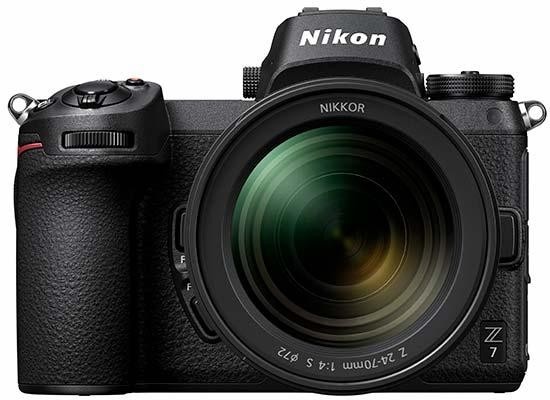 Why does it matter there aren’t good entry-level cameras from the big three?

When I think back to my first DSLR, it was the Canon 350D. I bought it from Jessops as it was the lowest priced ‘big’ camera. It came with a kit lens, and I added a cheap zoom. After about 12 months, I started to upgrade my lenses to the EF-Mount system, which would work on both the most inexpensive entry-level cameras and the high-end professional bodies. I am still using the EF lenses today on the Canon R5 with the addition of an adapter. This upgrade path has bought me into the brand, and it will take a lot for me to move to a competitor.

Contrast this with a photographer starting today on the Canon M50. At some stage, they’ll want to move from an APS-C cropped sensor to a full-frame sensor. There is no upgrade path, and all the investment in lenses is wasted and will need to be replaced to switch. From a manufacturers perspective, this can’t be good business as it opens the customer to look at alternative brands.

Similarly, a beginner photographer using the Panasonic Lumix or Olympus cameras doesn’t have an upgrade path that leads to a career as a photographer, if that’s what they want. The lack of professional bodies in these two brands means advanced photographers will need to look elsewhere.

To a lesser extent, only Sony and Nikon have grasped that they need to give a mirrorless offering that takes a beginner from an entry-level camera to a high-end pro-body without having to switch systems. Can we expect Canon and Nikon to learn from the Sony strategy?

What could be coming?

The website Canon Rumours does seem to have its finger on the pulse with cameras on the way. It claimed that there could be an APS-C sensor mirrorless camera targeted toward sports, wildlife, and videography in January. This rumour feels like it could be wrong as the just-announced R3 seems to hit this description and isn’t entry-level. They also reported an upgrade to the EOS R and EOS RP bodies with an expected $899 and $1499 price. We tend to see the dollar price converted straight to pounds, so £899 plus the cost of an entry lens still misses the entry-level market. It seems we’ll need to wait another year for a real entry-level mirrorless from Canon.

A Nikon rumours website has also predicted a new APS-C mirrorless camera launched in the first six months of 2021. Expected to be called the Z-30, the camera first targeted to be launched in November 2020. It didn’t appear then, and four months into 2021, there is no official comment from Nikon. It will take a little longer for someone to start their mirrorless journey with Nikon.

No rumours are coming from Sony about a replacement for the A6xxx range of cameras, although in fairness, they are ahead of the pack in the entry-level market. Sony is instead concentrating on extending its range of lenses for the E-Mount system.

Let’s hope that particularly Nikon and Canon get their acts together and start to help beginner photographers find an entry-level mirrorless camera priced appropriately. The Canon 2000D DSLR is £430, and the Nikon equivalent, the D3500, is £530. We desperately need a mirrorless camera that is in this budget range.