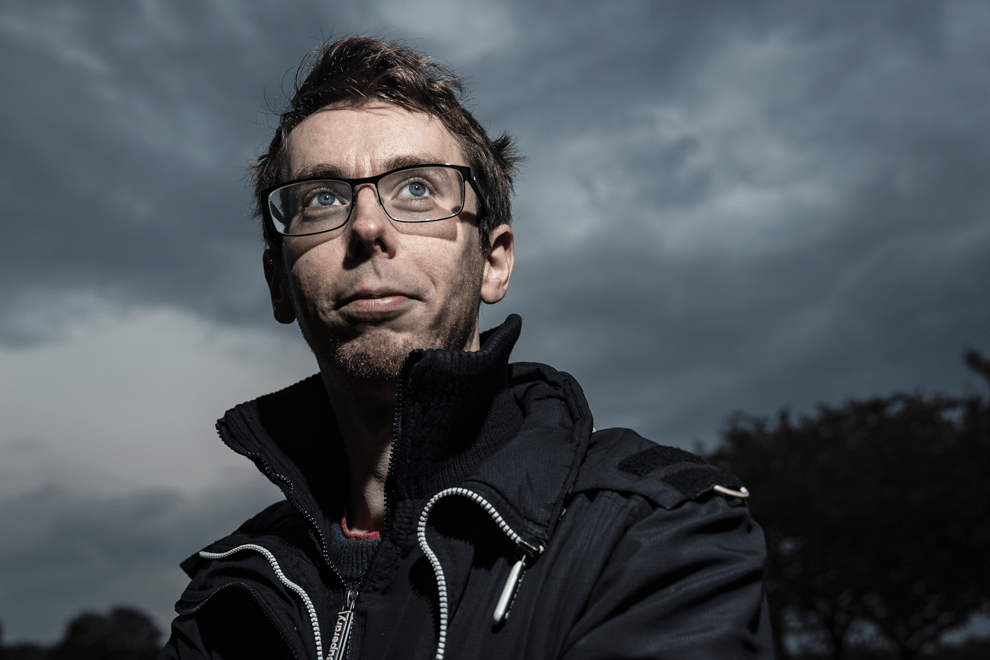 We are at that time of the year when the skies are getting dark and grey. The thought of heading out to take a photograph reduces. Don’t be despondent this is exactly the time to get some practice with using off-camera flash to get some creative and dramatic portrait images.

Most consumer level cameras come with a pop-up flash. The first rule of using artificial lighting is to never, ever, use this flash. It’s going to give you bad results. It will be harsh as it is pointing toward the subject. It’s not particularly powerful so light isn’t going to be spread across your model.

You could off-course buy a flash-gun which has a few more advantages. You can twist the head of the flash and use the pop-up reflector card to bounce the light which will make a slightly softer beam of light. This is an improvement, but it still doesn’t allow you to be creative and create dramatic portrait lighting.re

If you think about the most natural source of light that we have (the sun) we are used to being lit from above. By taking the flash off the top of the camera we can make the direction of the light the same as the sun and it feels more natural.

There are two ways to shift the flash off the camera. You could use a wire which connects the flash to the top of the camera. This is a really cheap alternative, but you are restricted by the length of the wire. The other means is to use a transmitter which connects to the hot-shoe on top of the camera and communicates to the flash by either infra-red or wirelessly. The latter is the better option as you don’t need to have a line of sight between the transmitter and the flash. There are some relatively cheap flash and transmitter options from companies such as Yongnuo and Neewer which you can buy from Amazon.

With just one flash we are going to create a dramatic portrait image. The first way to make the short a hero shot is the positioning. I’ve created a powerful look by positioning myself below of the subject and shooting upwards. This gives an impression of height and it also lifts their head so that the dark clouds are behind them.

The next step we are going to take is to expose the image for those dark foreboding skies. To do this you will need to understand how to use the manual exposure settings of your camera. If you don’t know how to do this then it will be a good idea to attend our Switch to Manual Workshop.

Switch your camera to the Spot metering mode (if you haven’t got spot metering then partial metering will also work). Spot metering forces your light meter to read the amount of light around a specific point in the frame of your camera. The resultant image before we add any flash is shown below. You can see we have a nicely detailed sky but there is almost no detail on our subject. 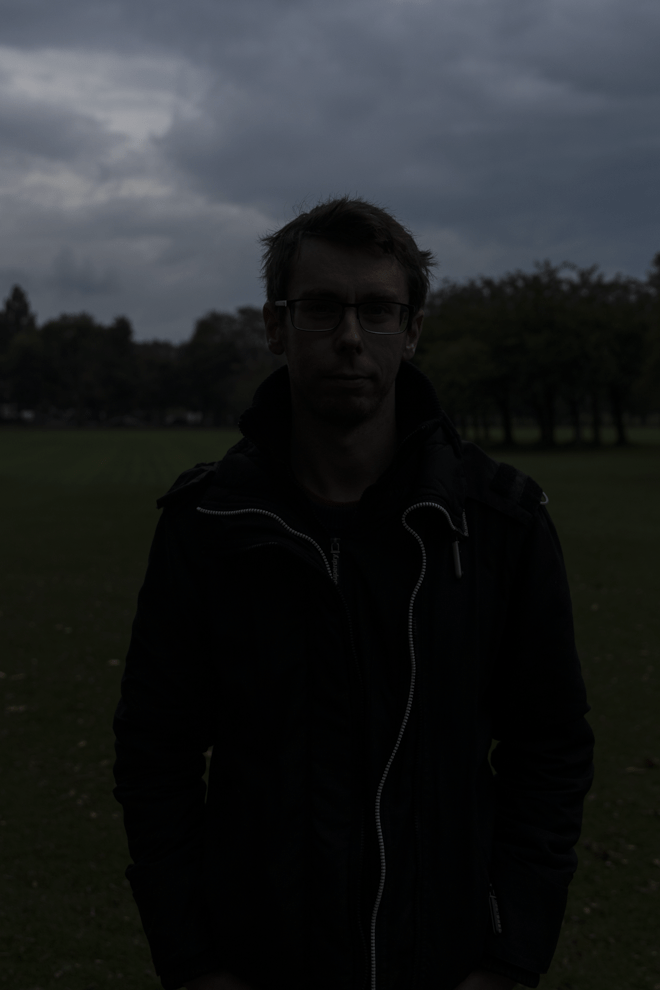 You will need to experiment with the strength of light to prevent the subject being over-lit, You can either do this by dialing down the ETTL strength or alternatively change the mode of your flash to Manual and start from a low light setting and increase it slightly until you get the result which achieves the output you want. 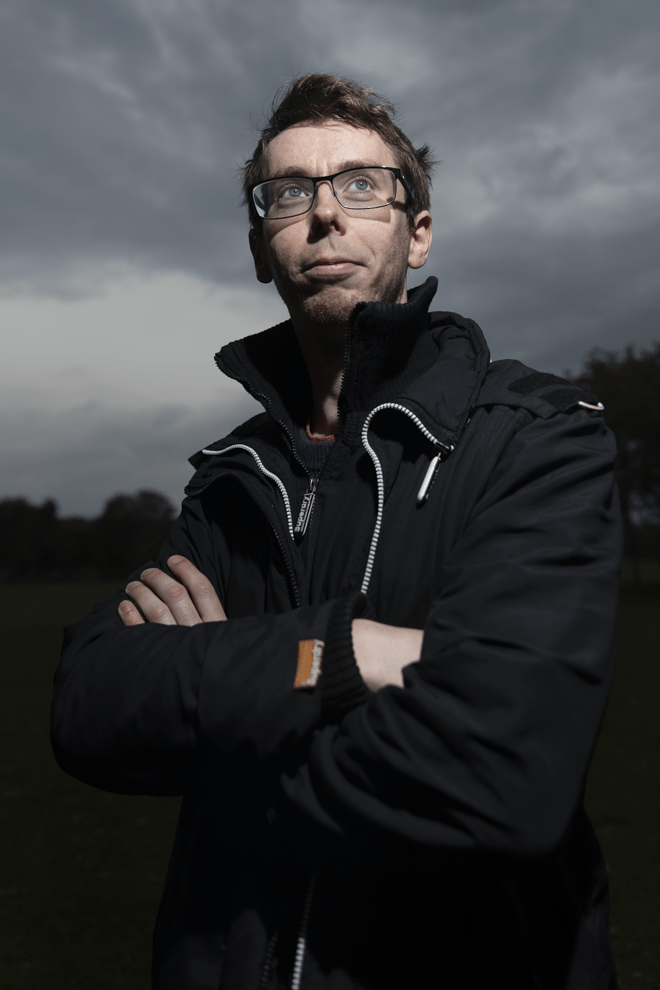 The image as shot looks pretty dramatic, but you can use a few tweaks in Lightroom to give additional emphasis to the shot. To achieve the headline image the Clarity slider was boosted to around 40%, dehaze increased to 15% and vibrance moved to 35%. The final addition was a small vignette around the edges to draw attention to the centre of the image where the subject is stood.

These photographs were taken during a private workshop where I helped to solve a few issues that a couple of photographers were having. If you’d like to set-up a one to one training session drop us an e-mail and we can arrange a tailored workshop that can help your photography leap forward.