Shoot in the blue hour to get fabulous night-time images 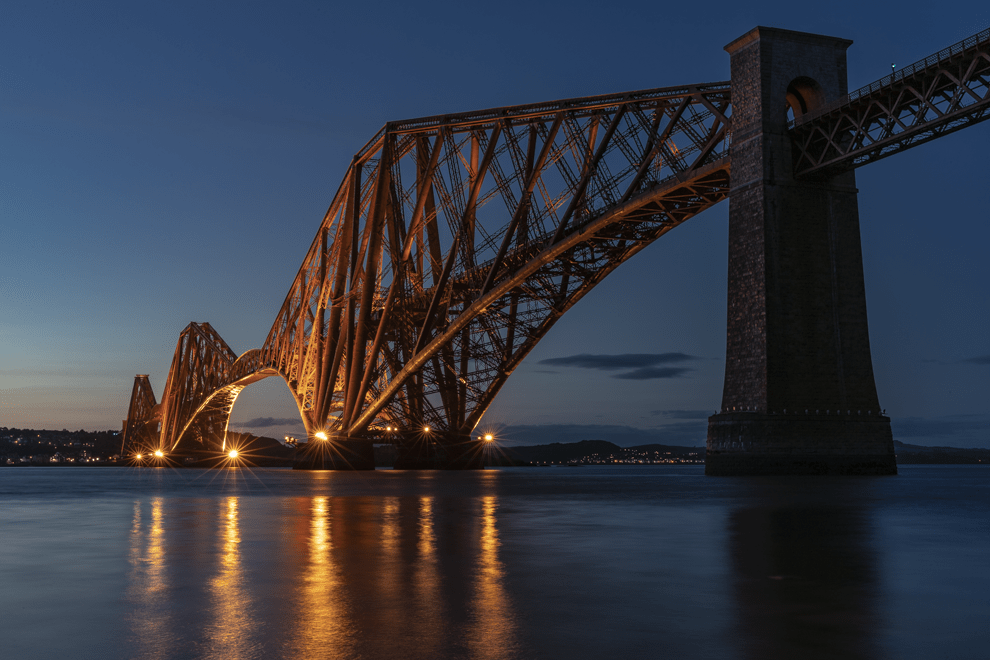 We are approaching September and in the northern hemisphere, that means longer nights and shorter days. It doesn’t mean that you need to put your cameras away. Night photography can be great fun and there is a really easy way to make your images look professional. When you have a nice subject for a night image, you can make your shot even better by shooting at the right time of the day. For night shots that is something called the Blue Hour. It’s the period of the day around 20-25 minutes after sunset and the sky turns an inky blue colour.

Why is the blue hour best? 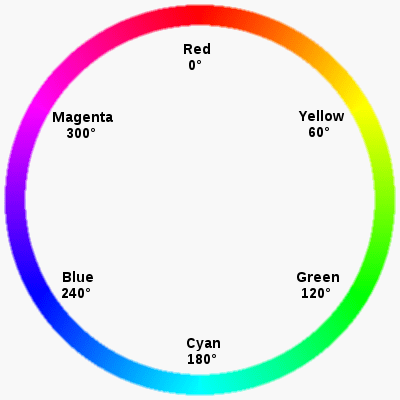 Sir Isaac Newton is recognised for developing the colour wheel in 1666. This placed the three primary colours, red, yellow and blue into a circle and then showed the transition of colour as they started to be mixed (i.e. red + yellow = orange). As time passed people identified that we like colours which were complementary (i.e. on opposite sides of the colour wheel) or analogous (i.e. when they are side by side). As can be seen in the diagram below, the various shades of blue are opposite, reds and yellows. These happen to be the colours of rear lights on cars and street lamps. When we use these two colours together we get a pleasing match, much more so than reds or yellows with the black sky that comes much later.

When is the blue hour?

There isn’t a consistent definition of blue hour, but it happens when the sun is somewhere between 4º and 6º below the horizon. Because it is influenced by the angle below the horizon the timing and the length of time of the blue hour will differ depending on how near or far you are from the equator. Regular readers of my blog will know I like to use Photopills for planning and sure enough this trust app can tell you when they calculate the blue hour to start and finish. An example of how different blue hours can be is shown below by contrasting the start and finish times in three different places in the world on August 28 2018.

You can also see that the Blue Hour is misnamed with it rarely lasting an hour. However, as you watch the transition from daylight to the darkness you will see some pleasing purples as the light starts to change.

Does it make a difference?

Here are three photographs that were taken just after sunset, at the start and toward the end of the blue hour at the Forth Bridge just outside Edinburgh. You can see the sky becomes much more interesting as it moves toward the end of the blue. The colour of the lights on the bridge is pretty much opposite the sky colour using the colour wheel so we get a complementary image. You can see the blue hour at its best in the headline image of this article. 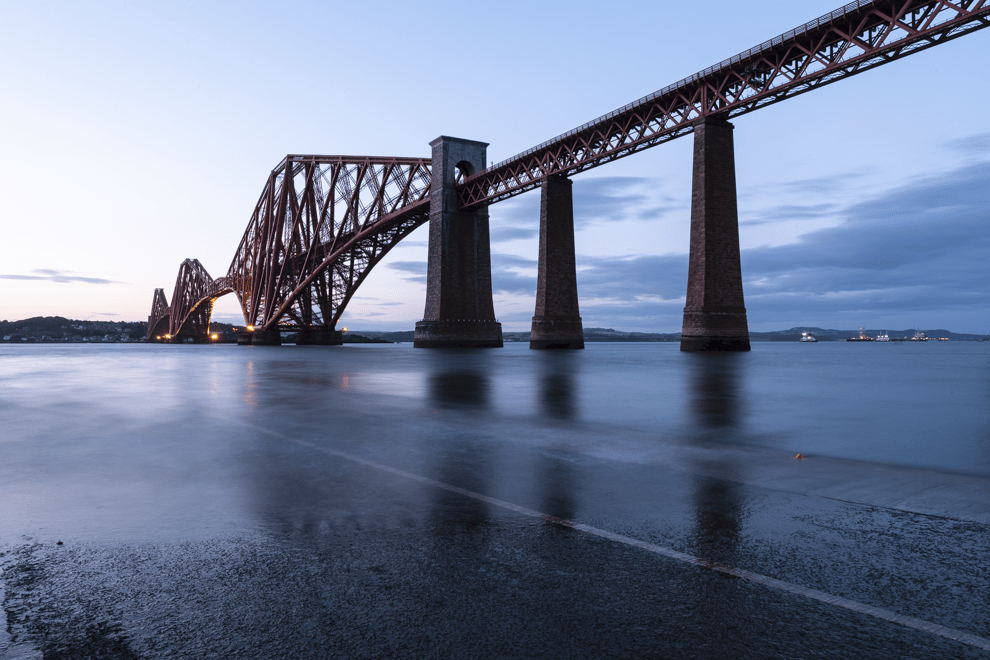 This first photograph has been taken 13 minutes after sunset before the blue hour has started. 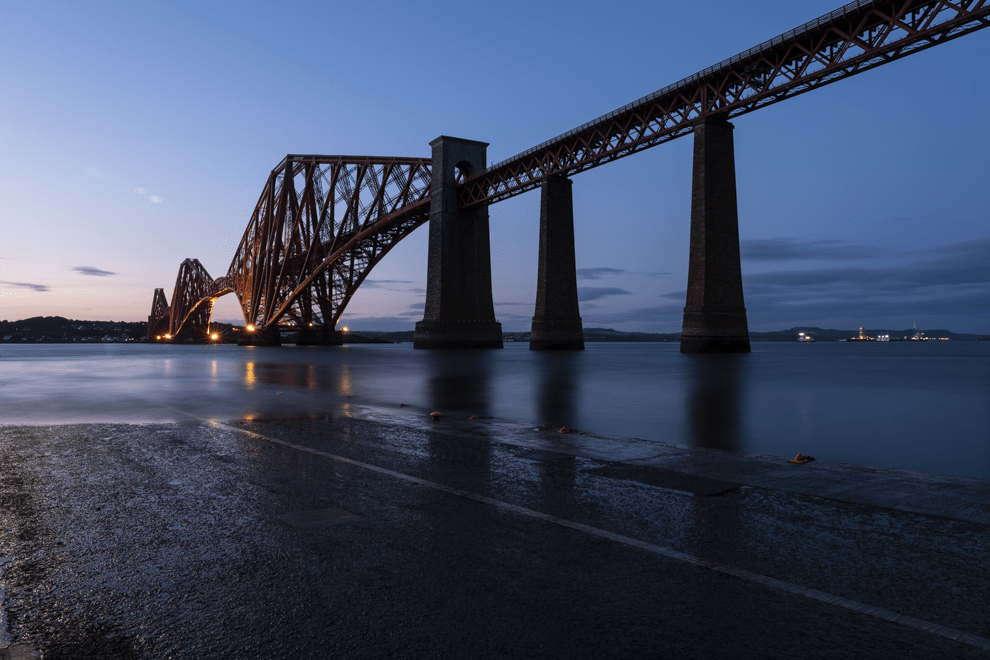 This second image has been taken 24 minutes after sunset at the start of the blue hour. 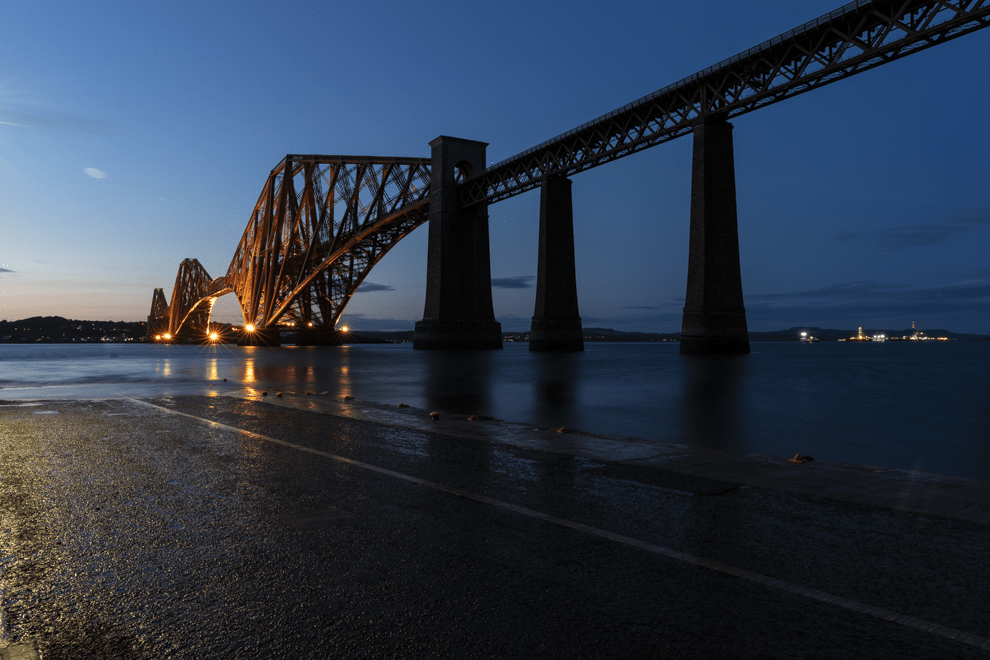 This final image has been taken 39 minutes after sunset and is toward the end of the blue hour.

You can try taking photographs in the Blue Hour on the Edinburgh Photography Workshop Night Photography sessions which start on 25 September 2018 and run Sunday to Thursday each week until March.